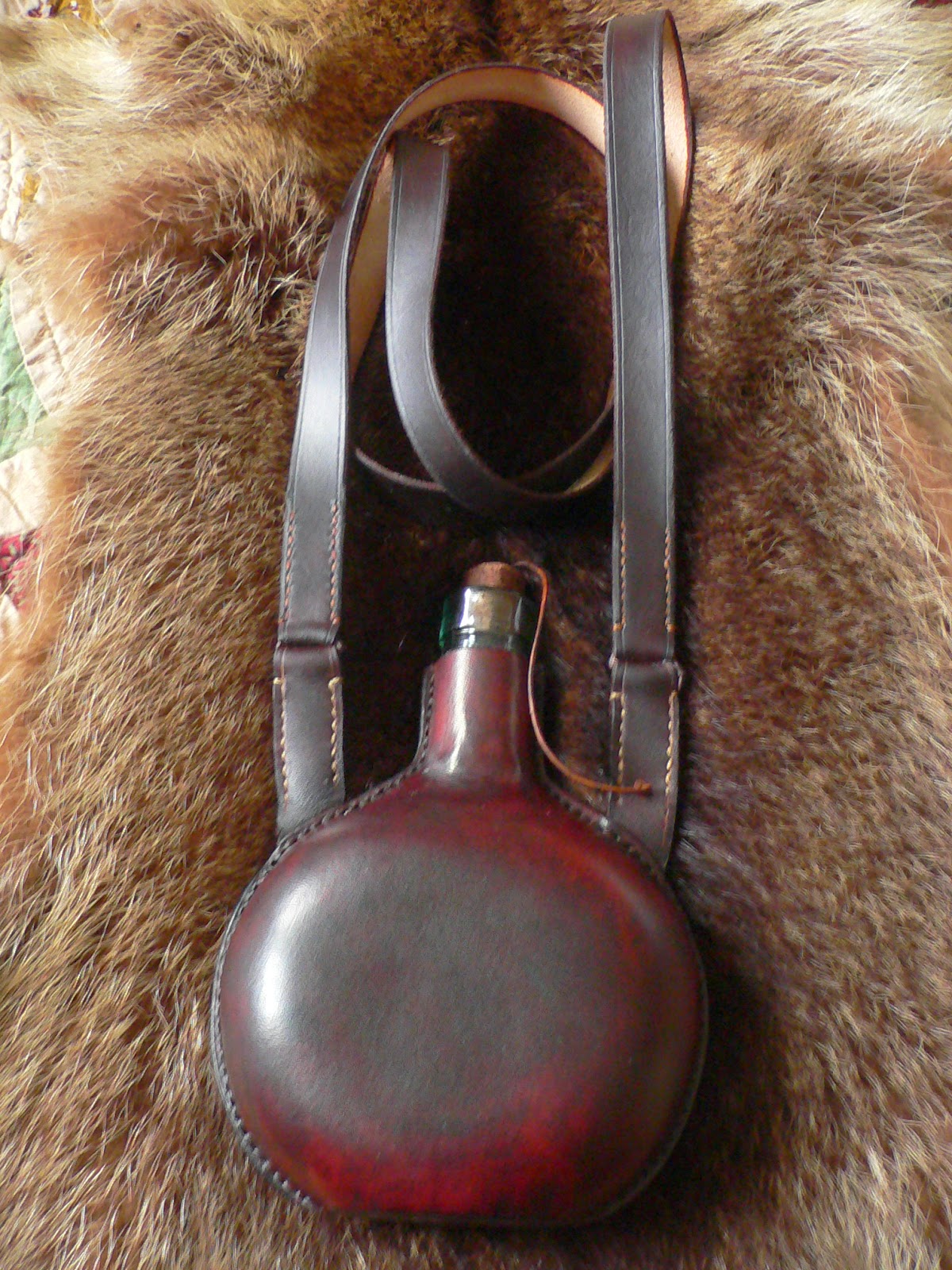 Last weekend I spent Saturday roaming the isle's of tables that filled the three rooms at the Kalamazoo Trade Show. At one such table I came across this nice leather covered water bottle with a great price on it. It was just the right size for a day in the woods or on the battle field. I had to have it. The leather work done to cover the bottle was very good and the leather strap was OK but, not what I would want. It had a large brass harness buckle held in place with rivets and on the other end of the strap a brass D-ring again held in place with brass looking rivets but, I know someone that can fix it. 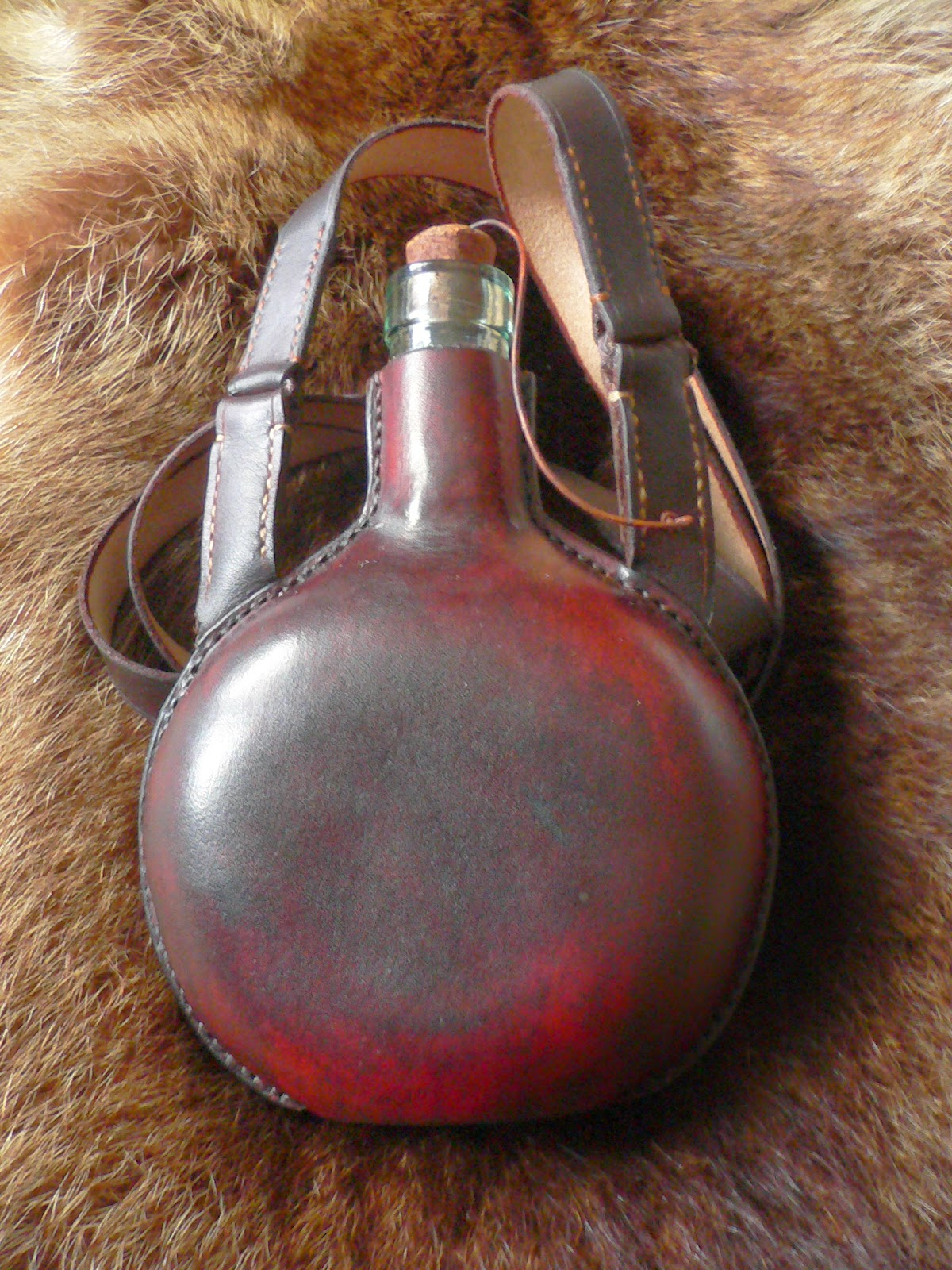 I first removed the leather strap and then dyed the leather bottle a little darker then rubbed in some neets-foot oil and then worked in some bee's wax. I took the tails of the bottle where the buckle and D-ring were attached folded them over and stitch down each side giving it a little more durability. I then cut out a new strap folding and stitching up each end then dying it to match. 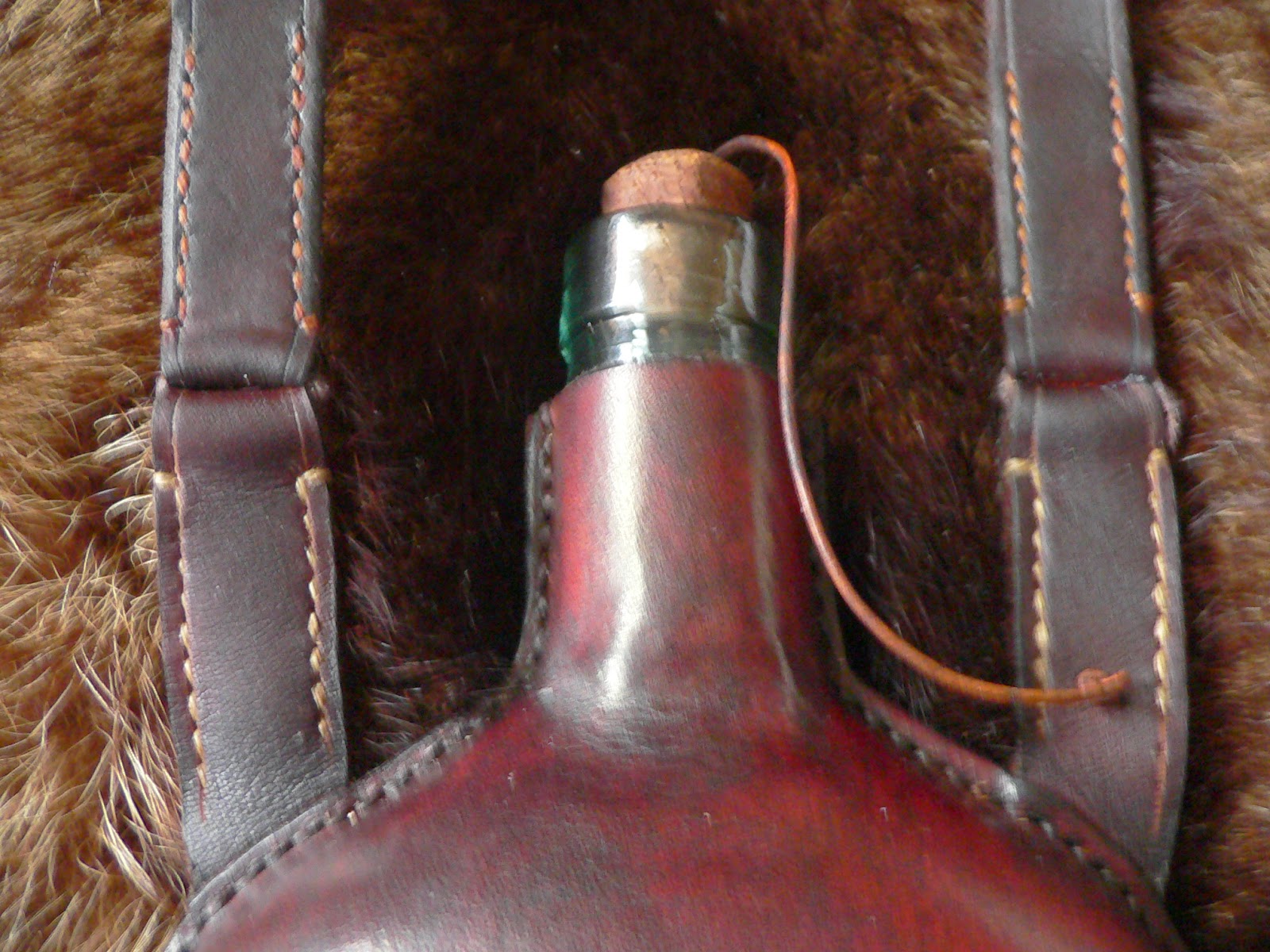 I attached the strap to the bottle by using a heavy waxed linen thread and passing it through the ends of the strap several time then tying it off. I think it looks pretty good and will be a nice addition to my kit. 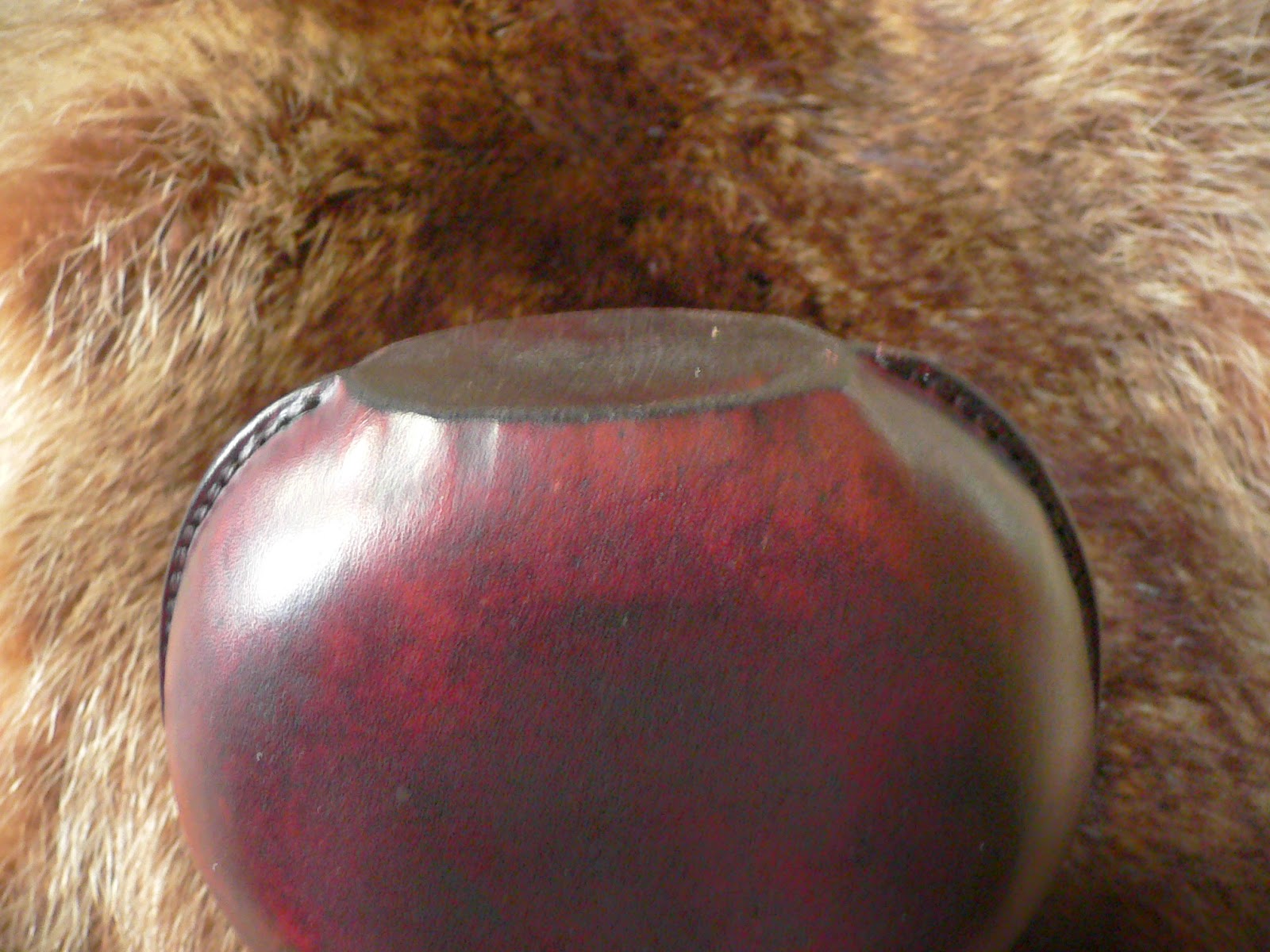 The bottom of the bottle is formed flat so that it sits upright and not lying on it side.
Posted by Darrel No comments: 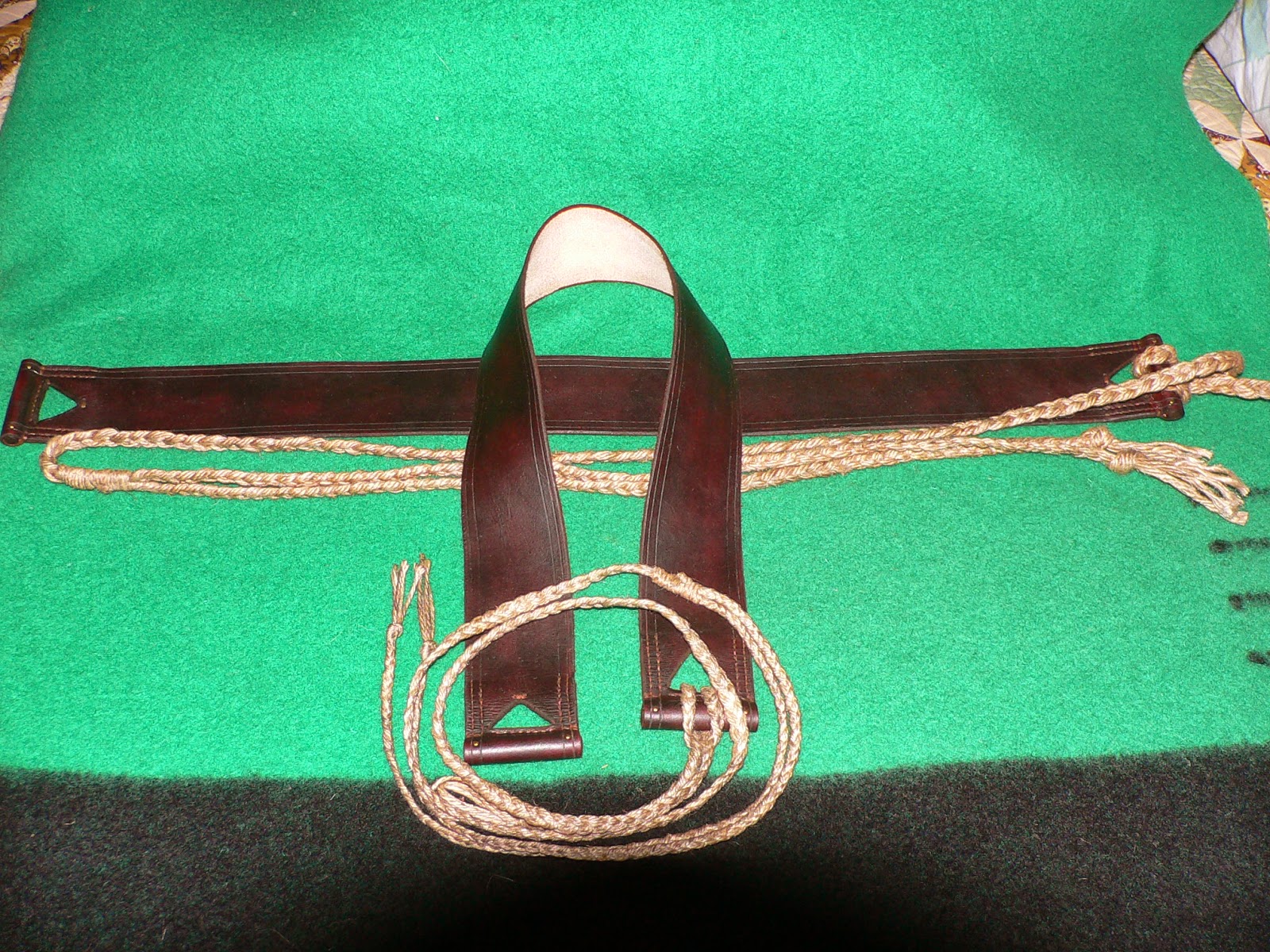 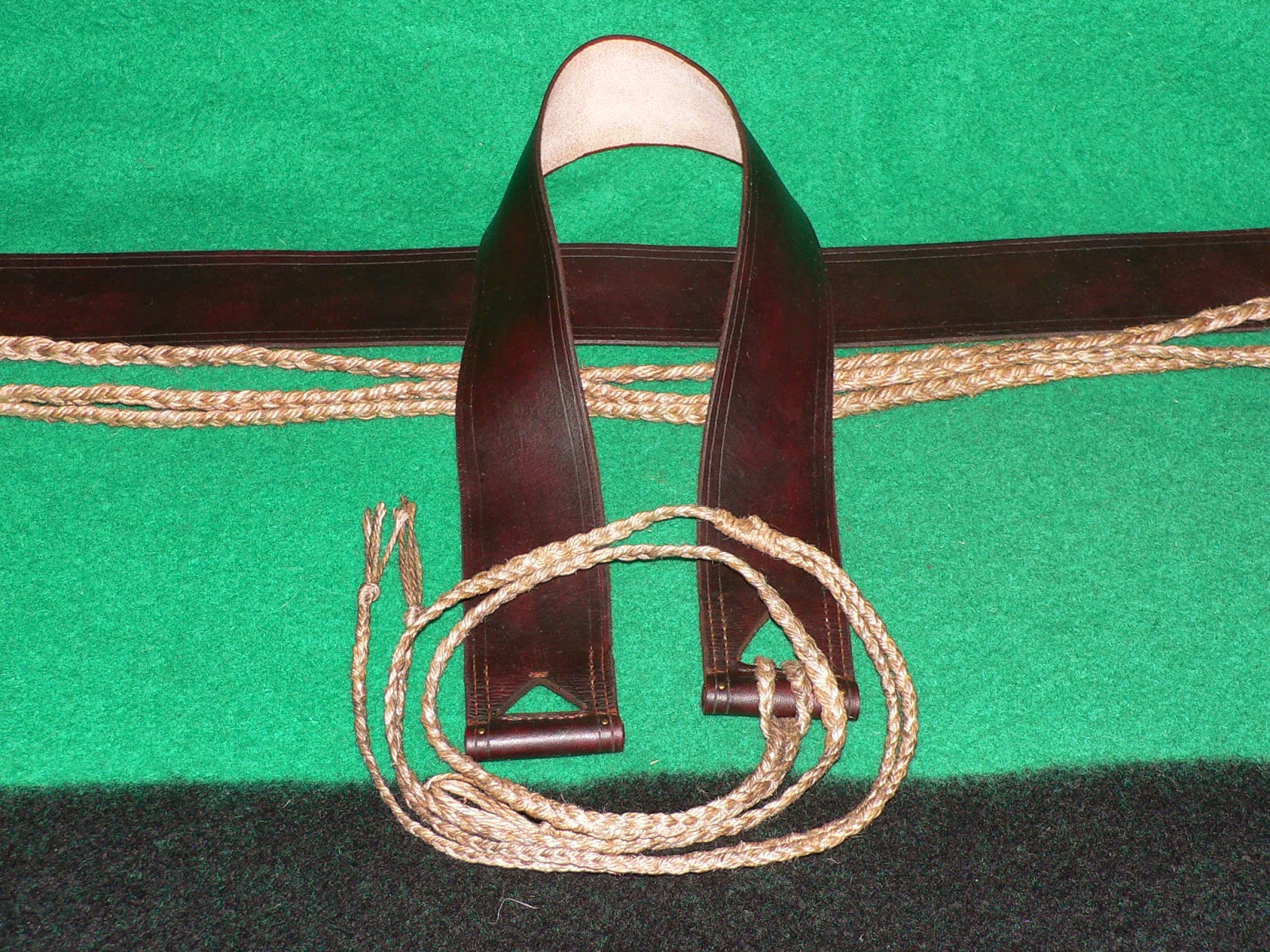 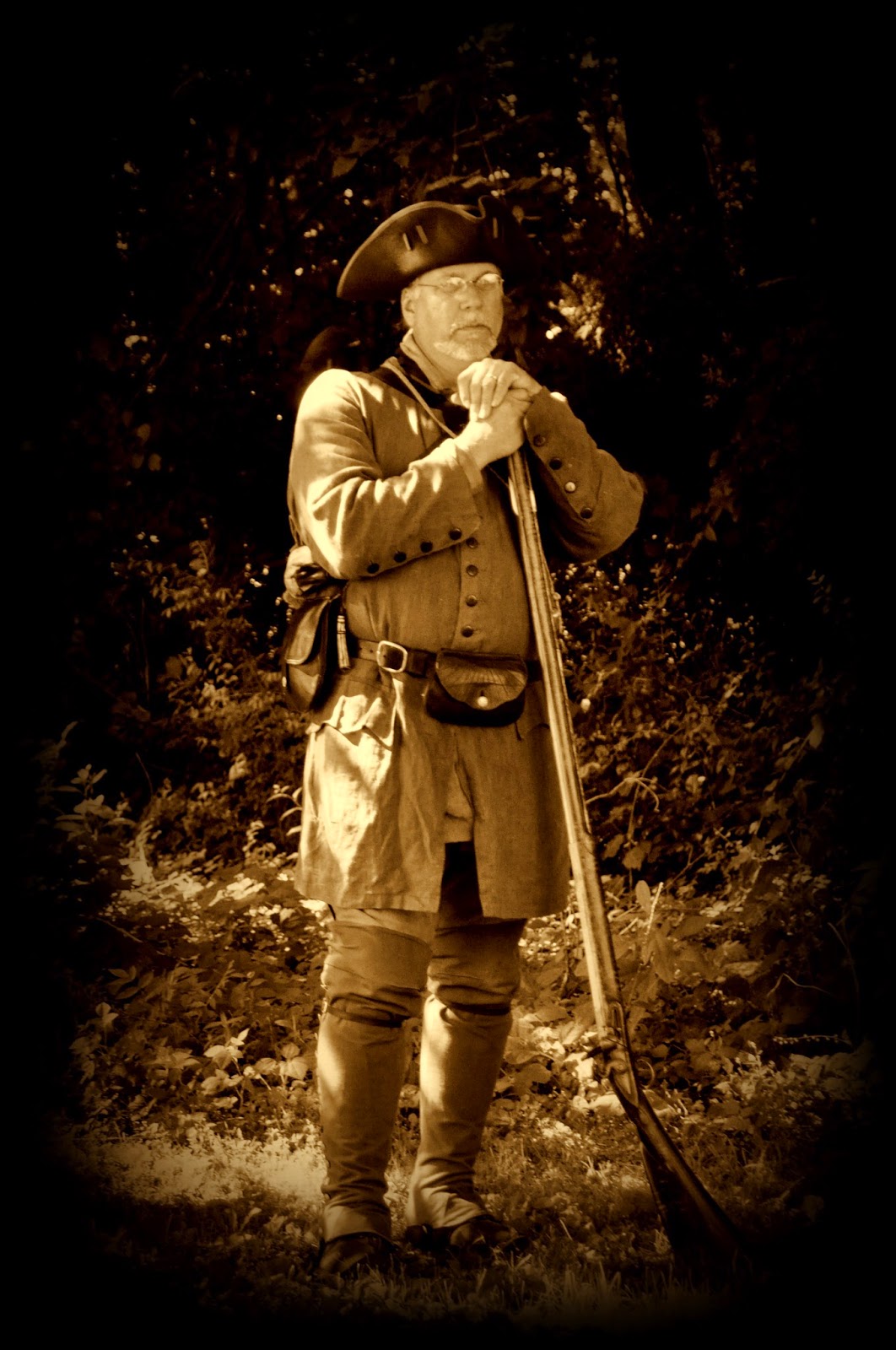 The Kalamazoo trade fair, is next weekend March 21 & 22 at the fair grounds in Kalamazoo Michigan.
I hope to be there on Saturday. It will be great to get out, do a little shopping and to see some friends.
No table for me,just looking and shopping.
Posted by Darrel No comments: 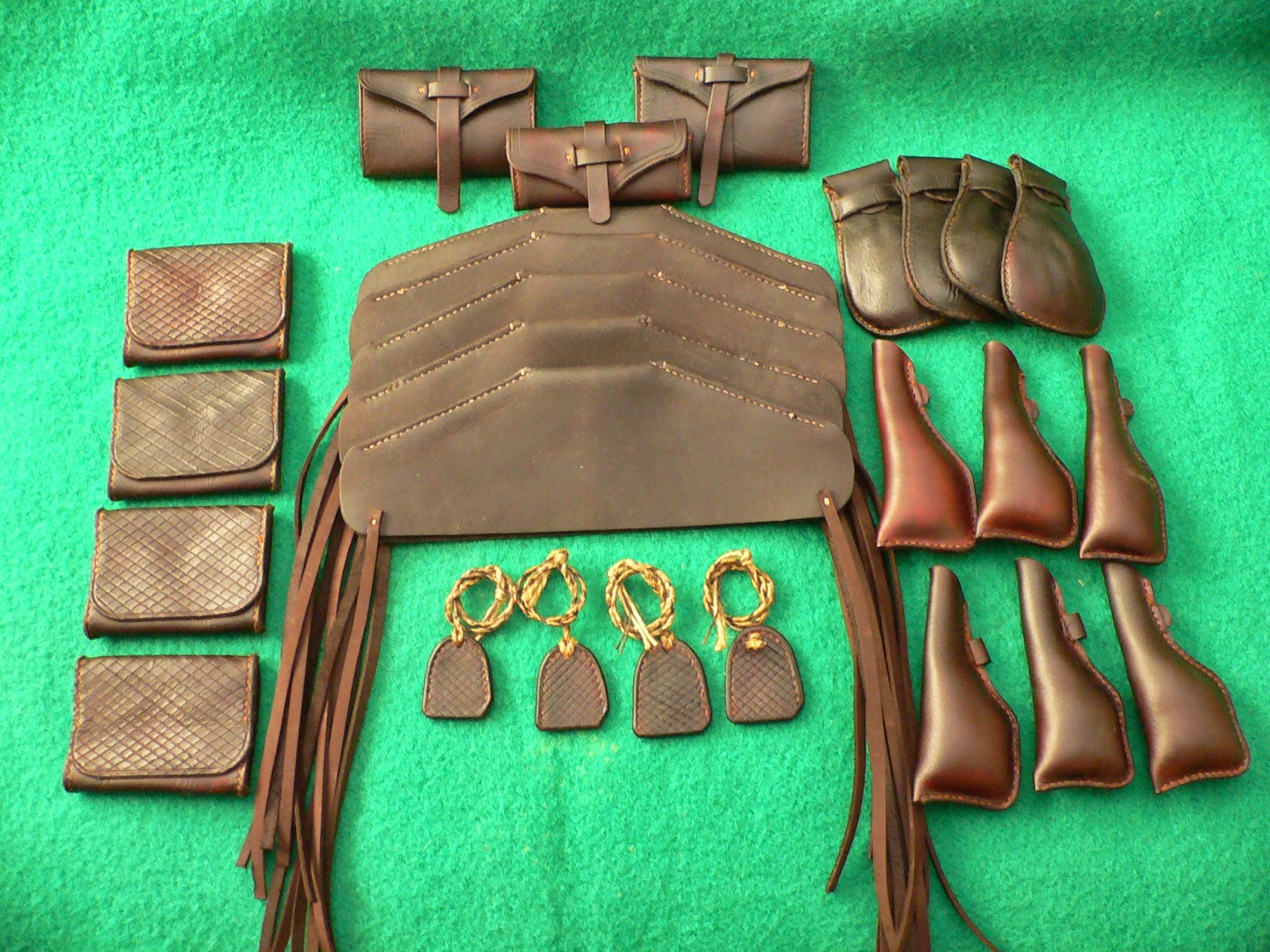 Some accouterments that I have been working on the pass few weeks for a large order and also some to take along to Martins Station this spring.
Still need to make the wood plugs for the small shot pouches, needs to get a little warmer 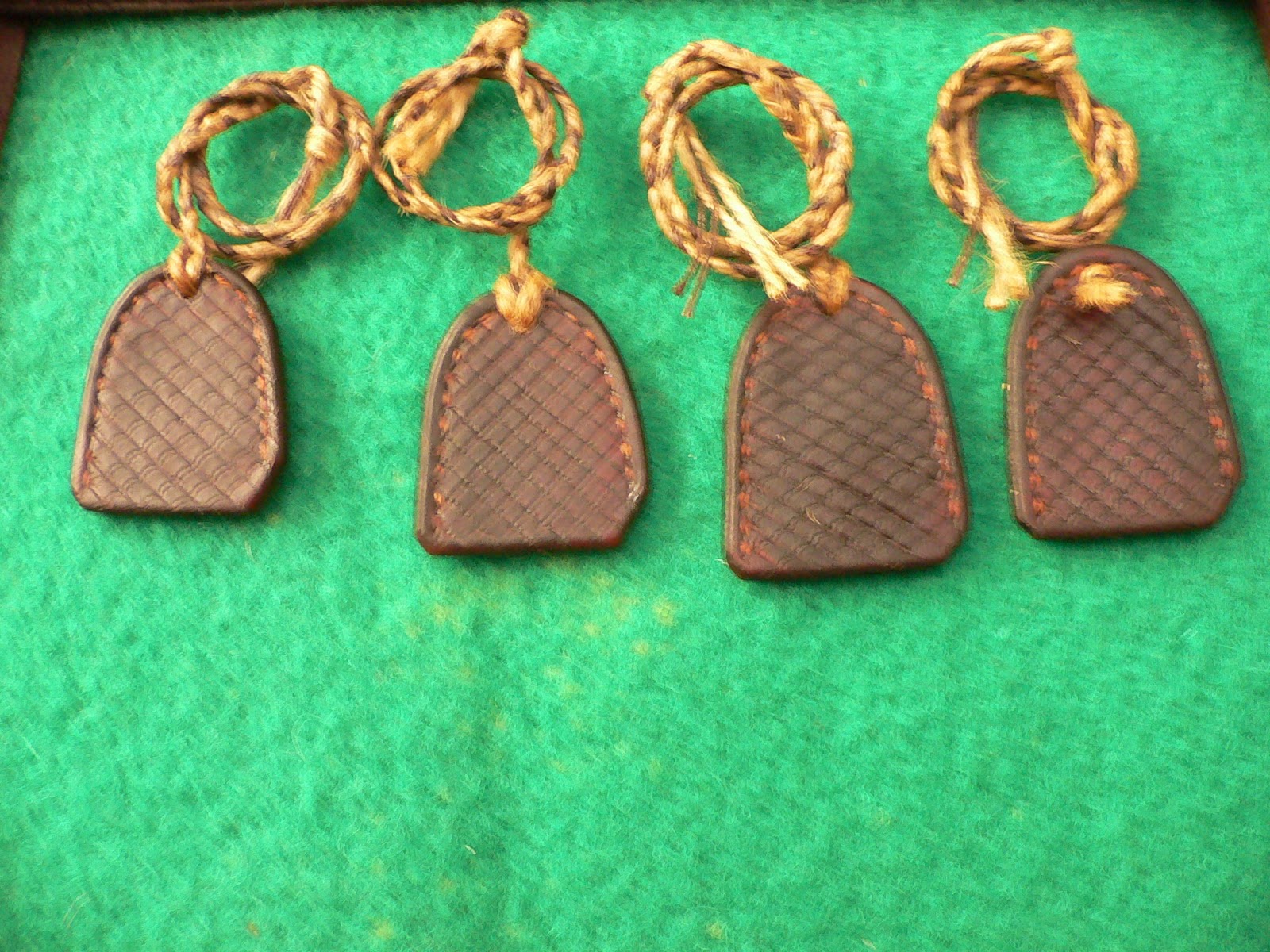 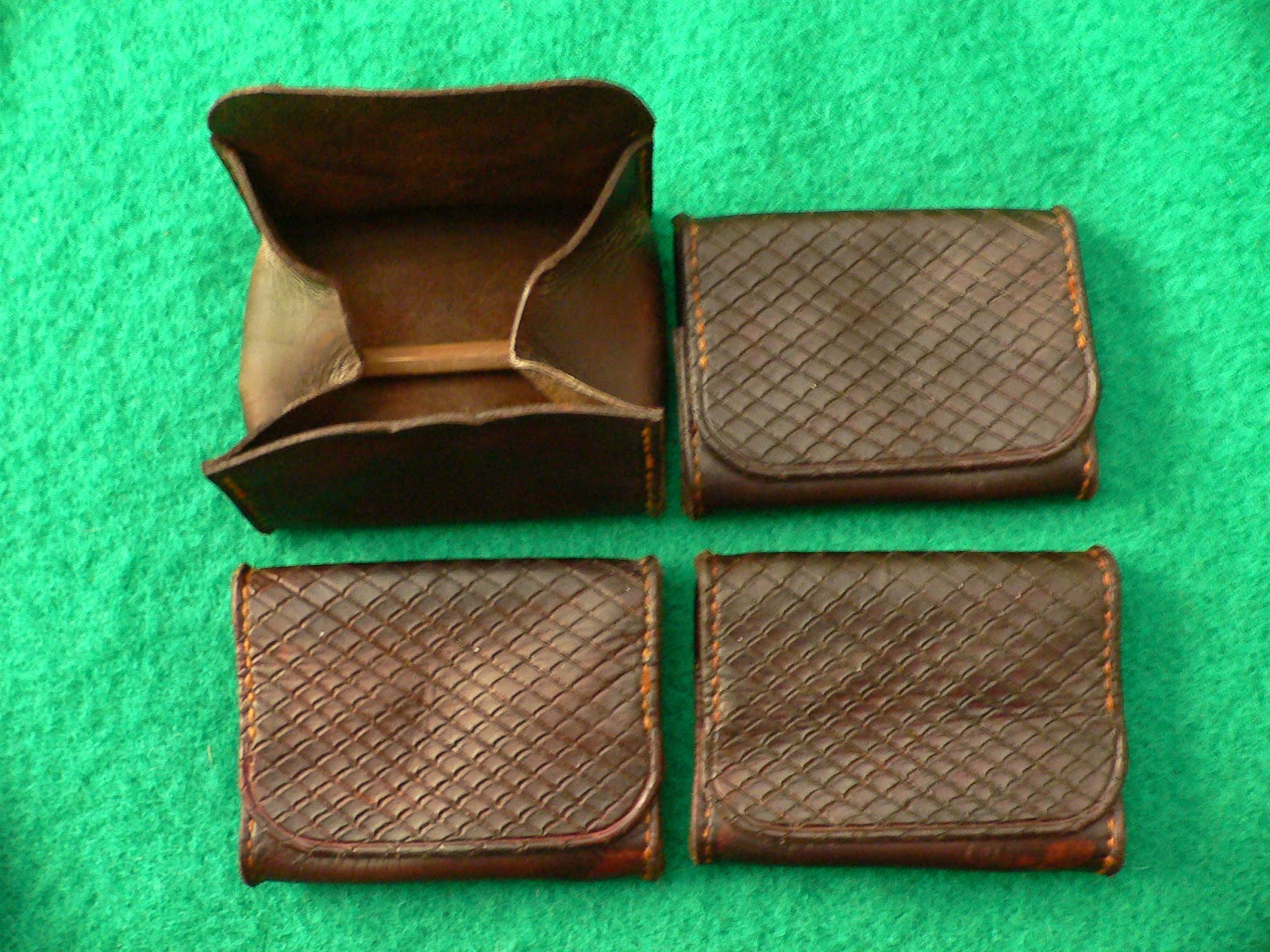 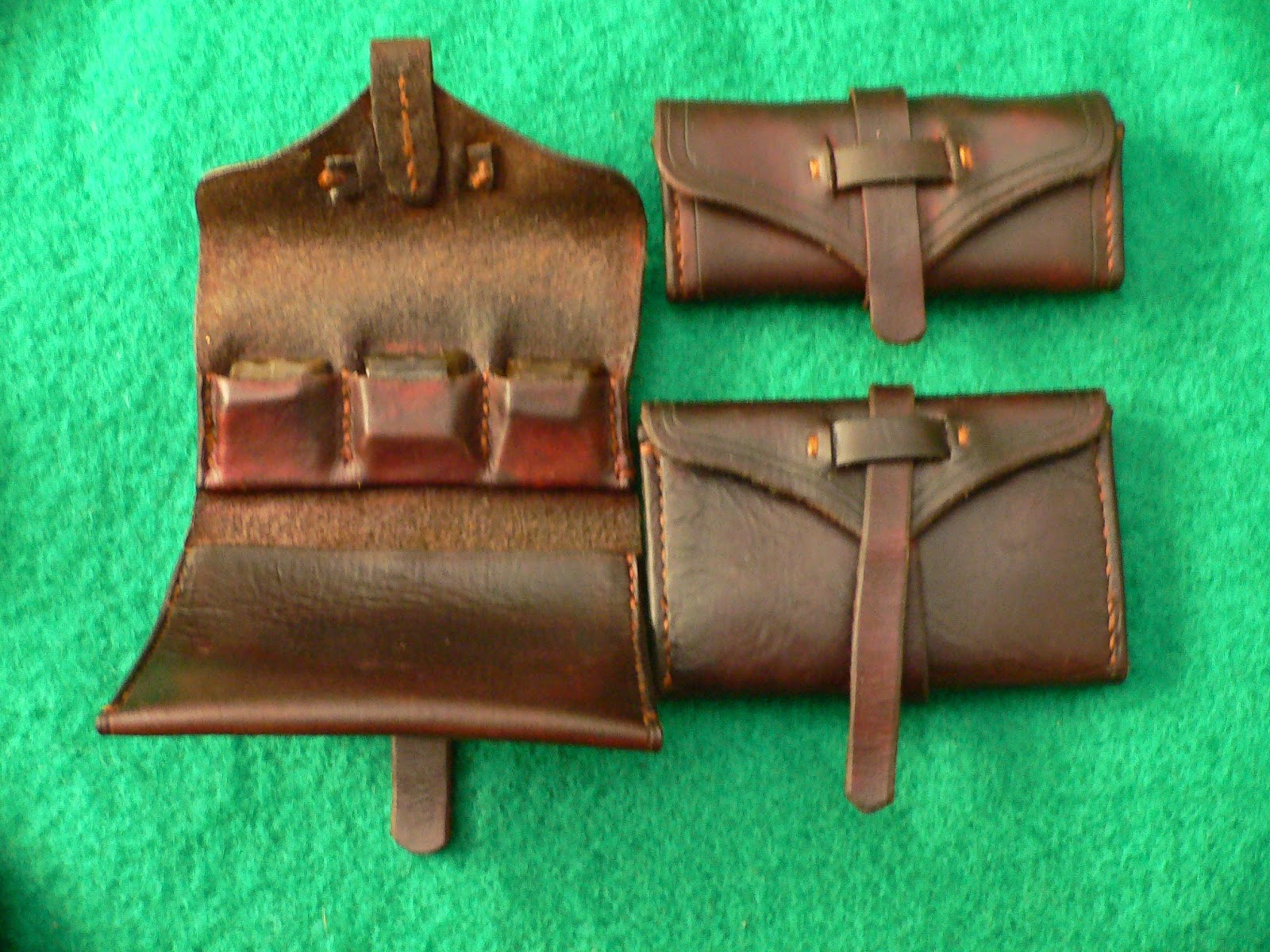 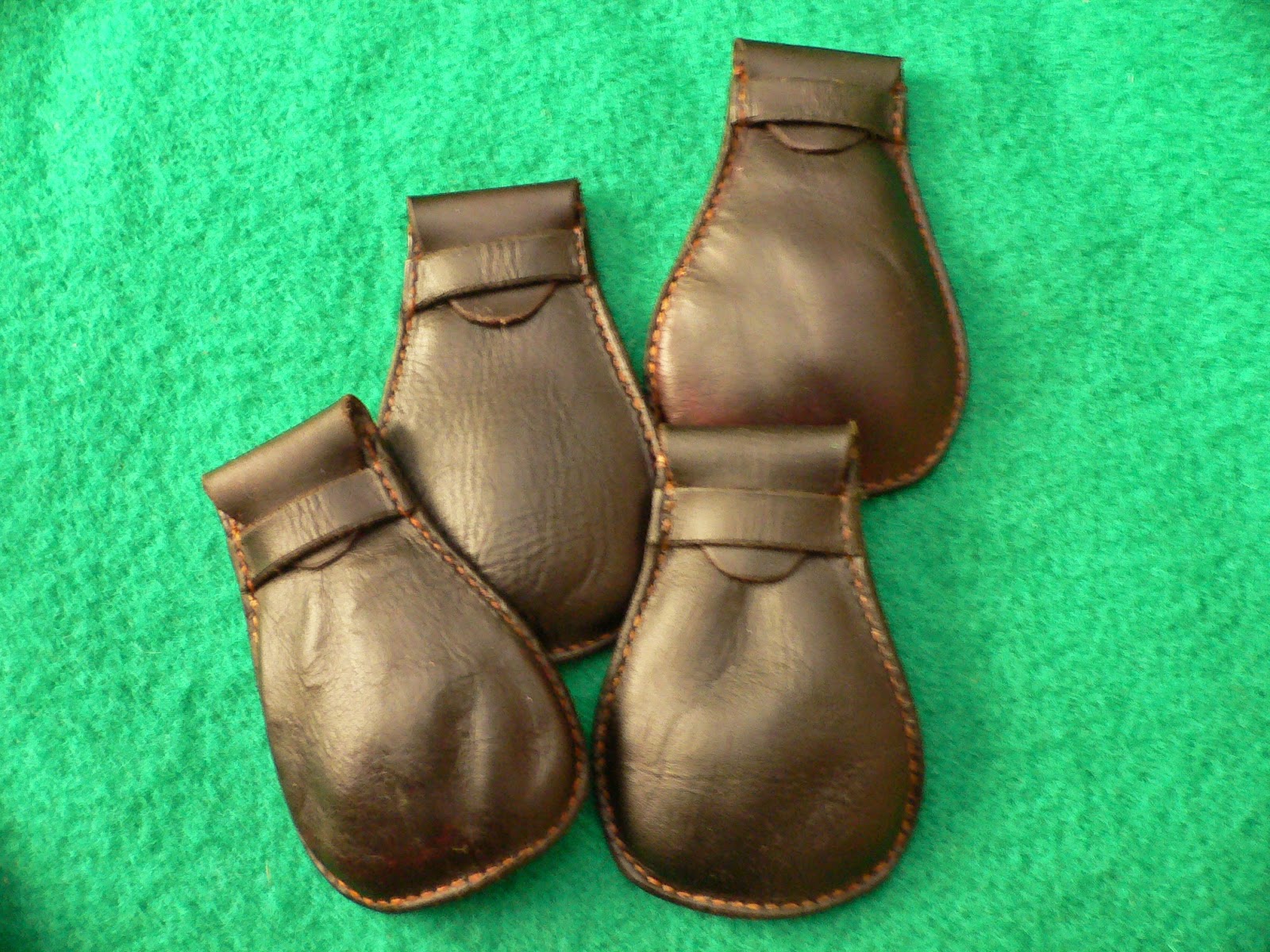 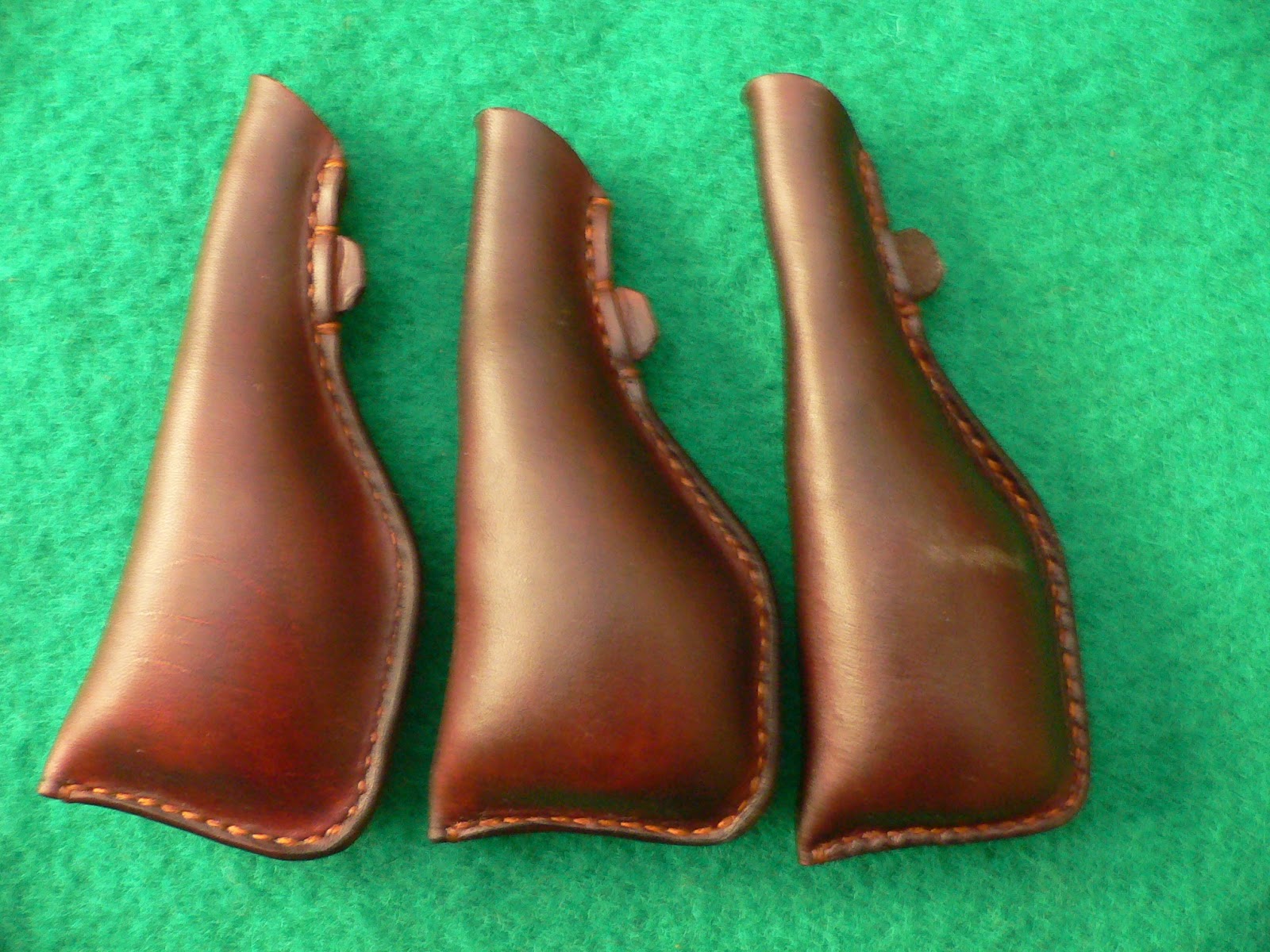 .
Posted by Darrel No comments: