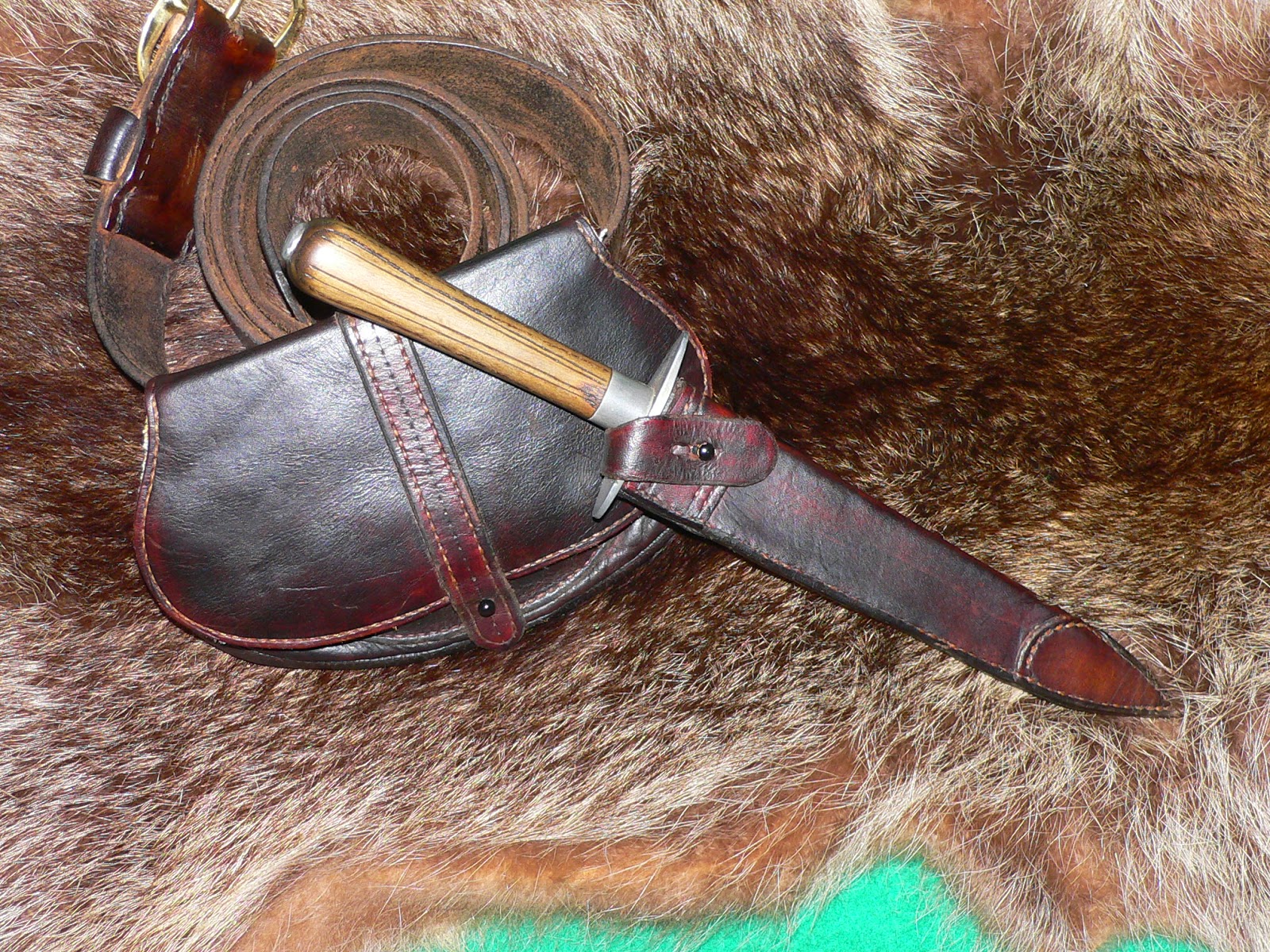 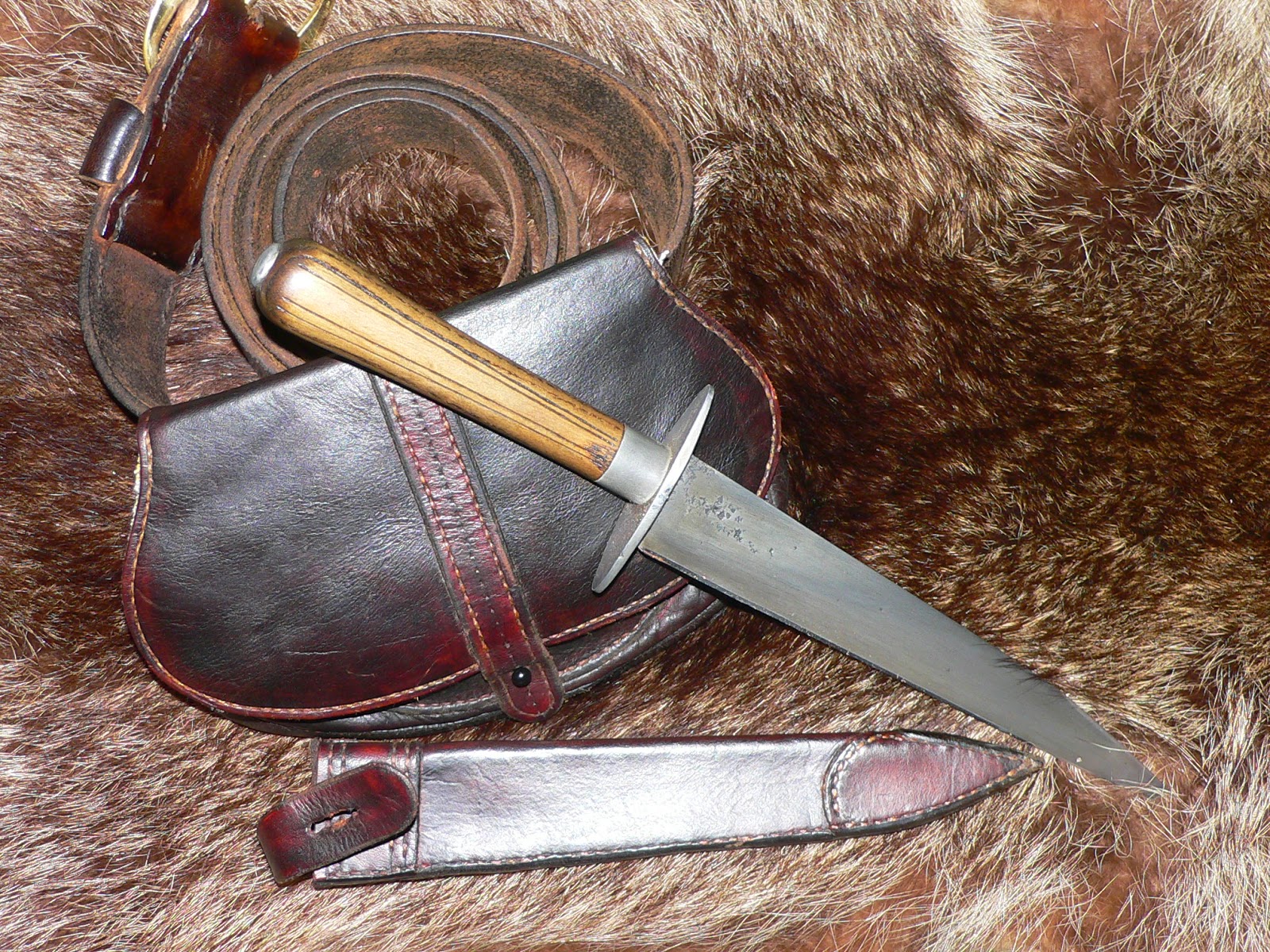 I have wanted a new knife made for myself for a long time but, could never decide on a style that I liked. I wanted something early but, not a dagger no double edge. One late night I was going through some of the older post on the Contemporary Makers blog site and came across some early style knives made by  CLA artisans Ken Gahagan that I liked. So I got with CLA artisans Ben Hoffman of Hoffman Reproductions to talk about what he could do for me. After showing him the photos of Ken’s work and what I was looking for he came up with a European style hunting knife. He drew up some sketches of what he had in mind, and I made some changes and well this is what we came up with. Ben did an outstanding job on the knife. I received it in mid October and used it to field dressing my turkey and was hoping to put it to use on a deer but no luck on that. The knife is light and holds a fine edge. I made up the sheath for it but I’m not sure that it is what I want so that may change in the future. 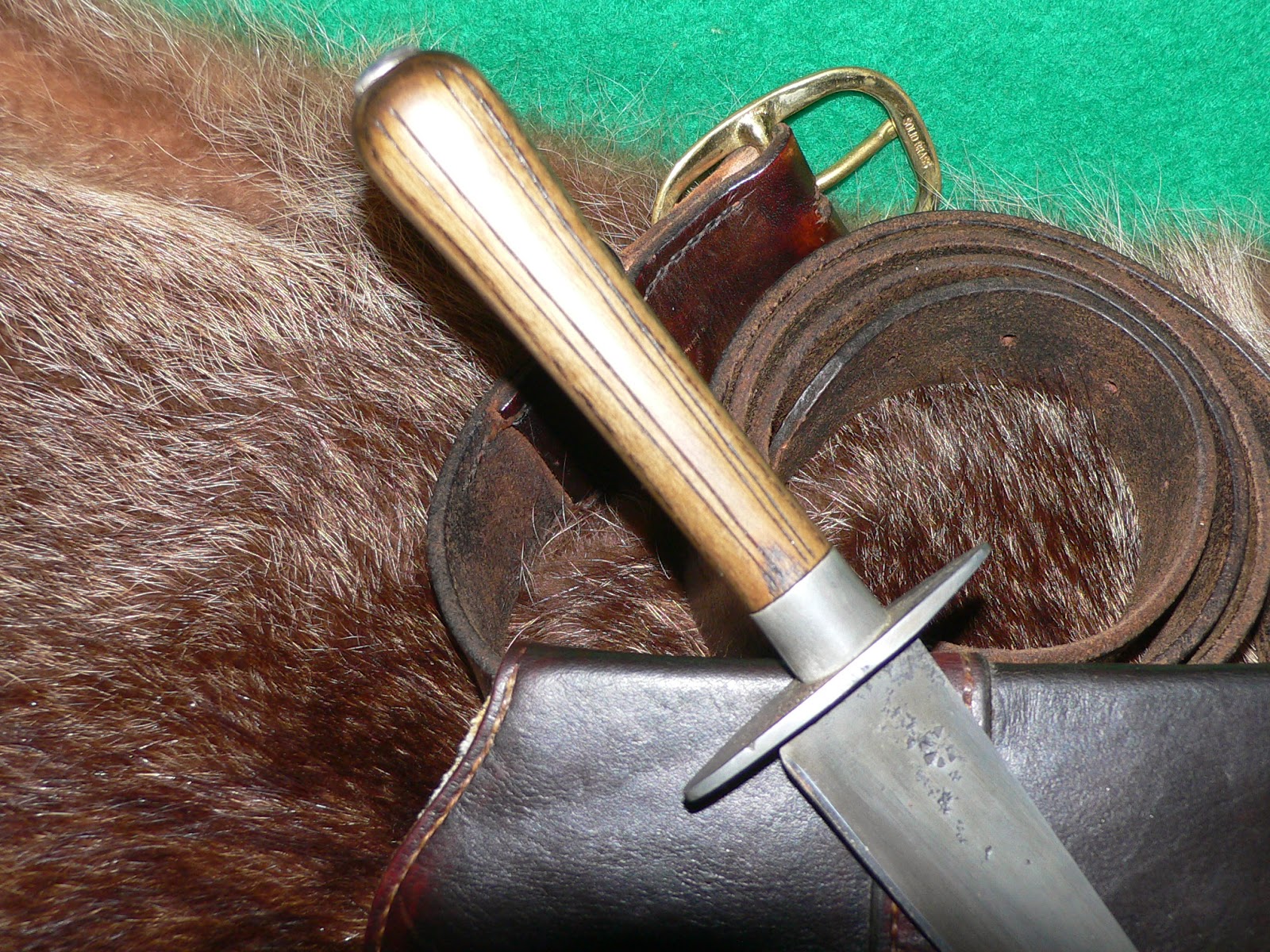 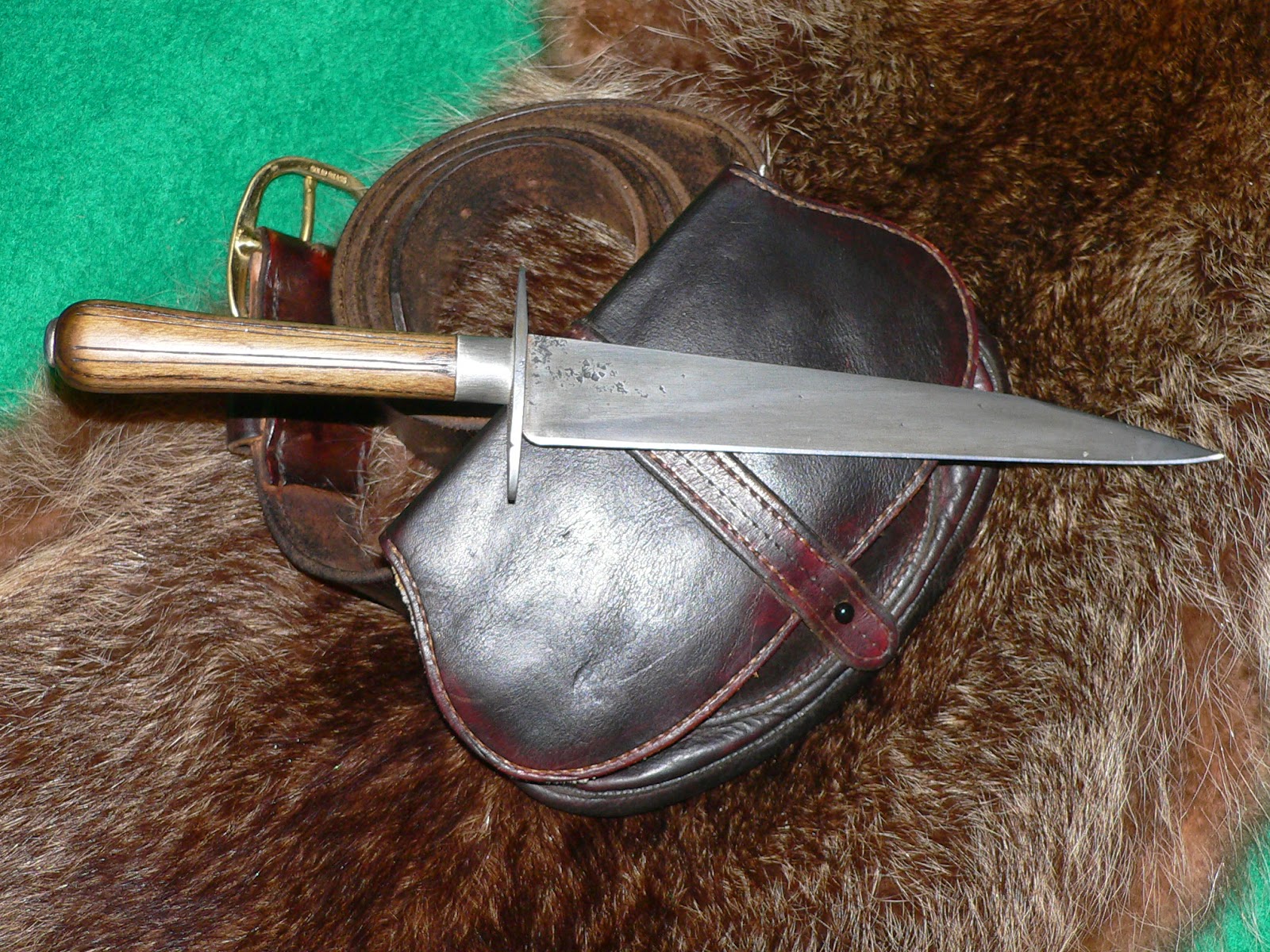 If you would like to see what Ben has to offer you can send him a e-mail to  hoffmanreproductions@yahoo.com or call him at 1-740-828-2304 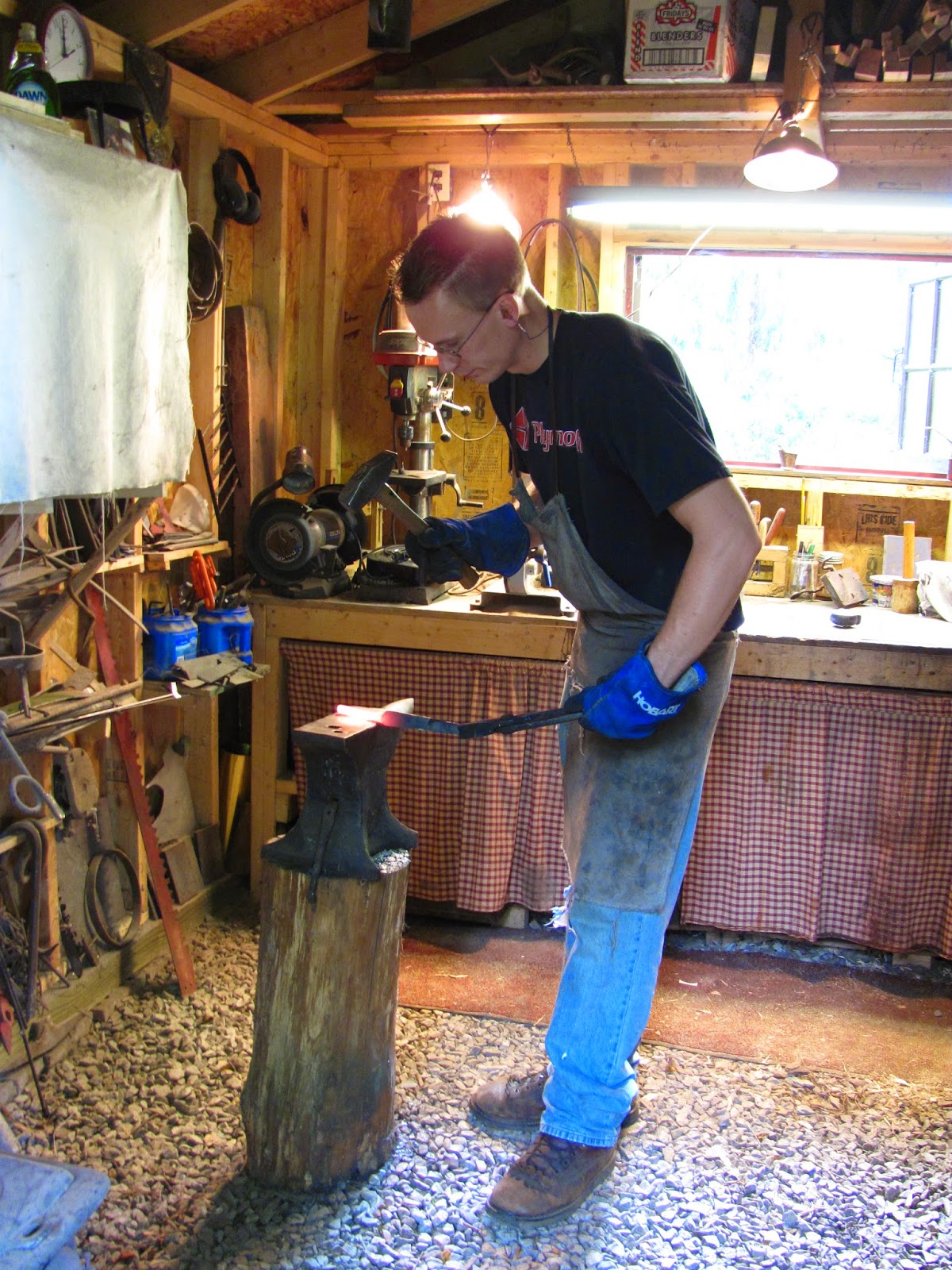 Here are some photos that Ben sent me as he work on the knife. The one thing that impressed me was that the handle was fitted to the tang by burning it in for the perfect fit.
No epoxy used. 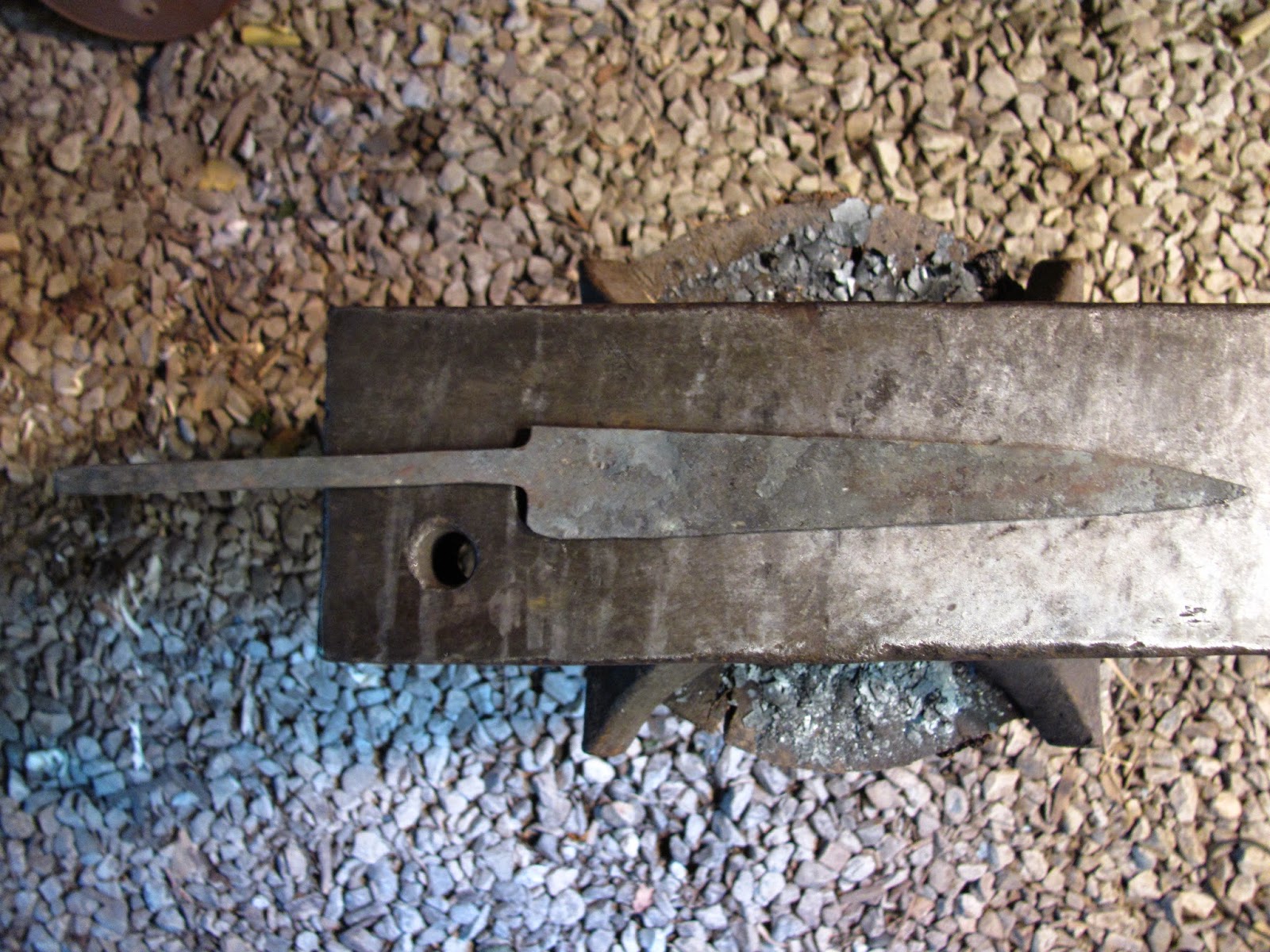 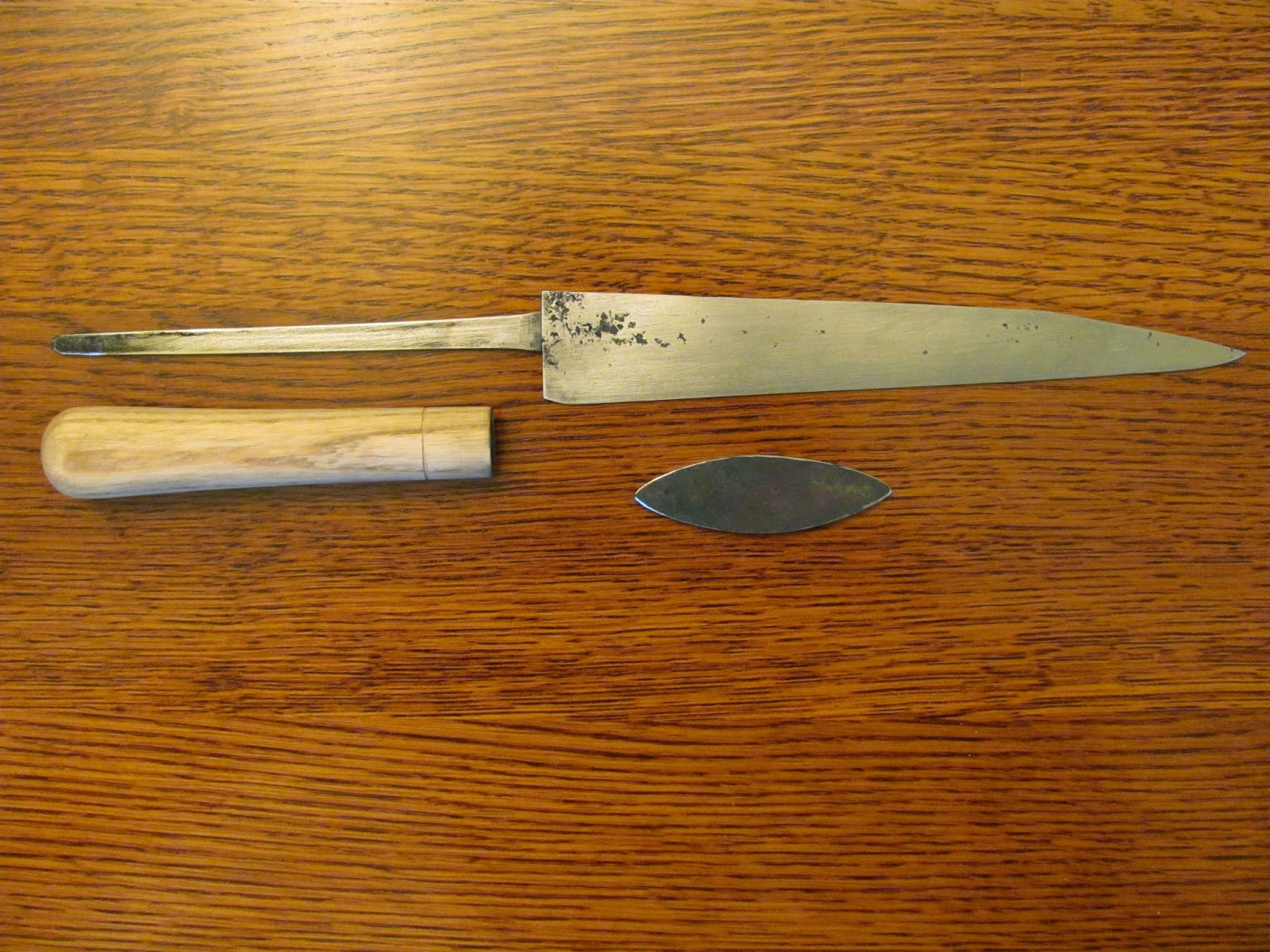 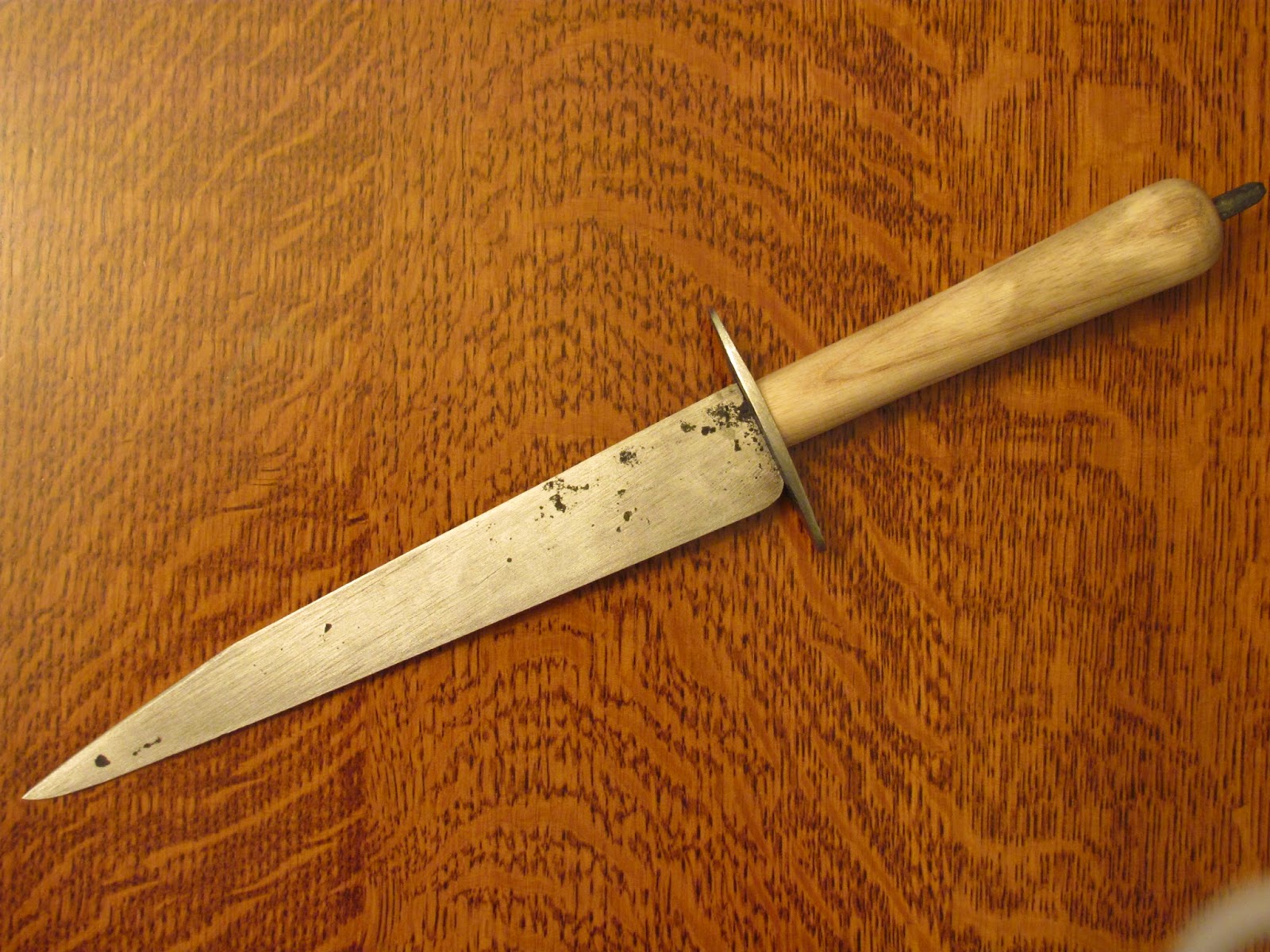 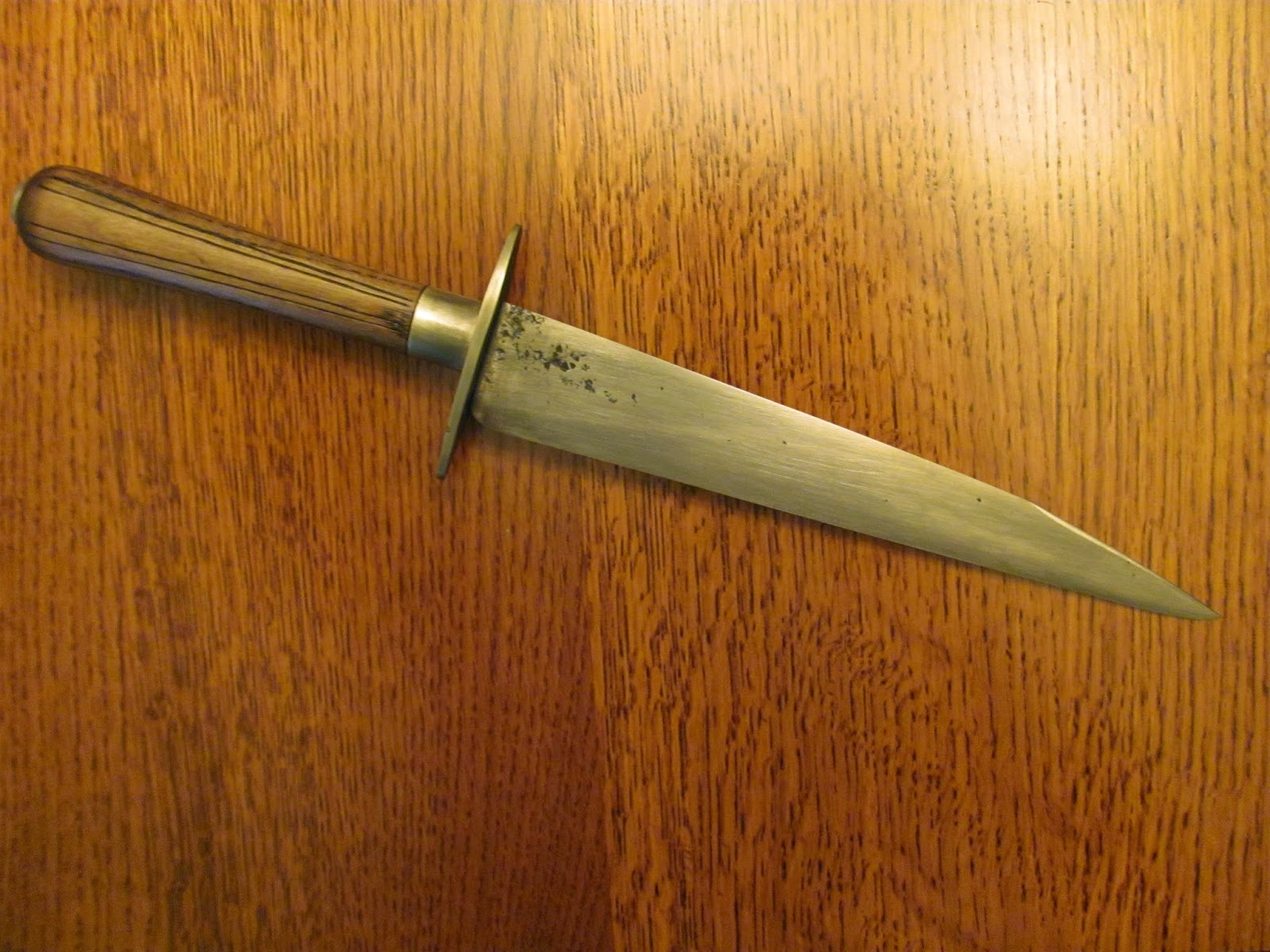 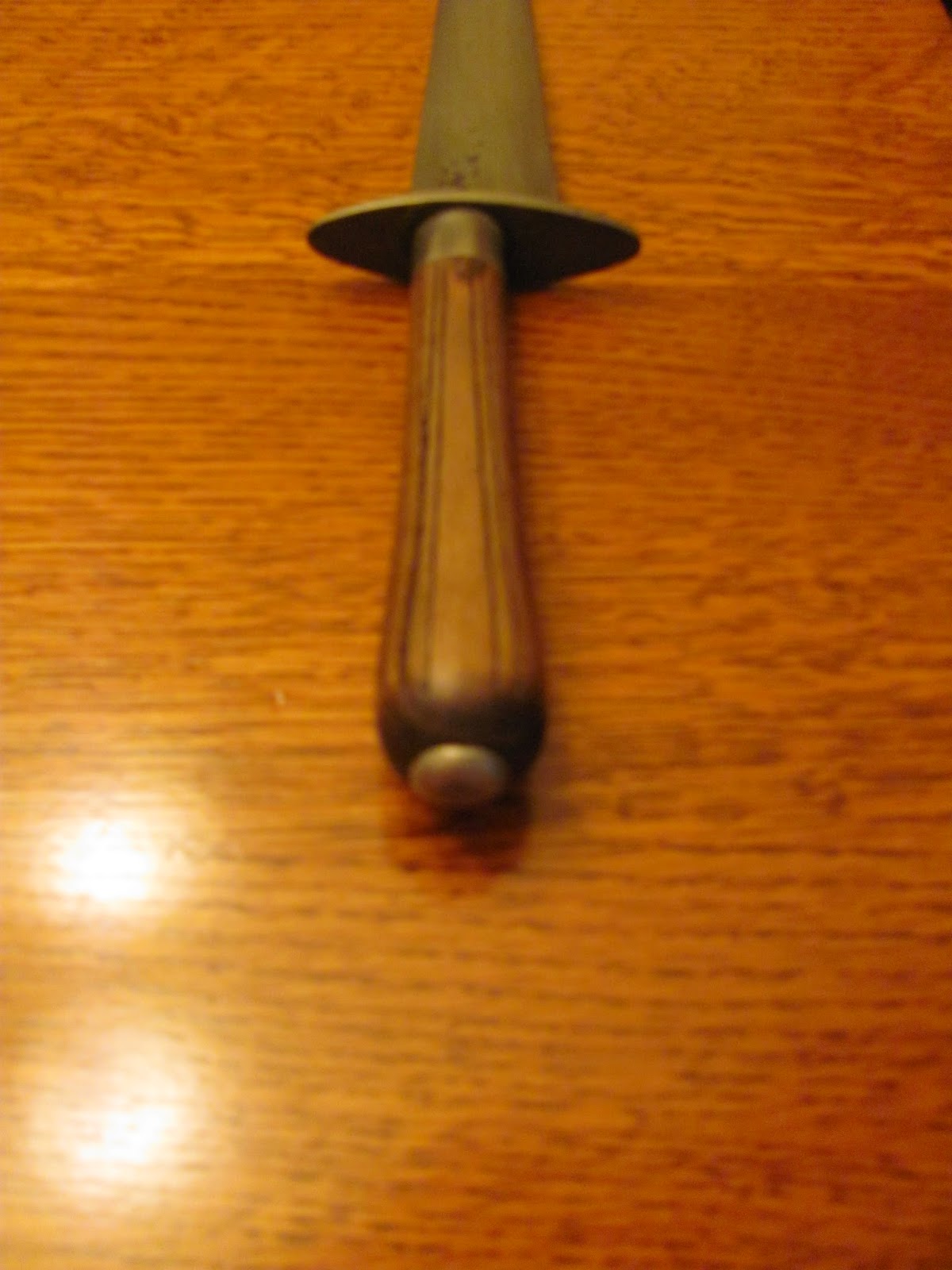 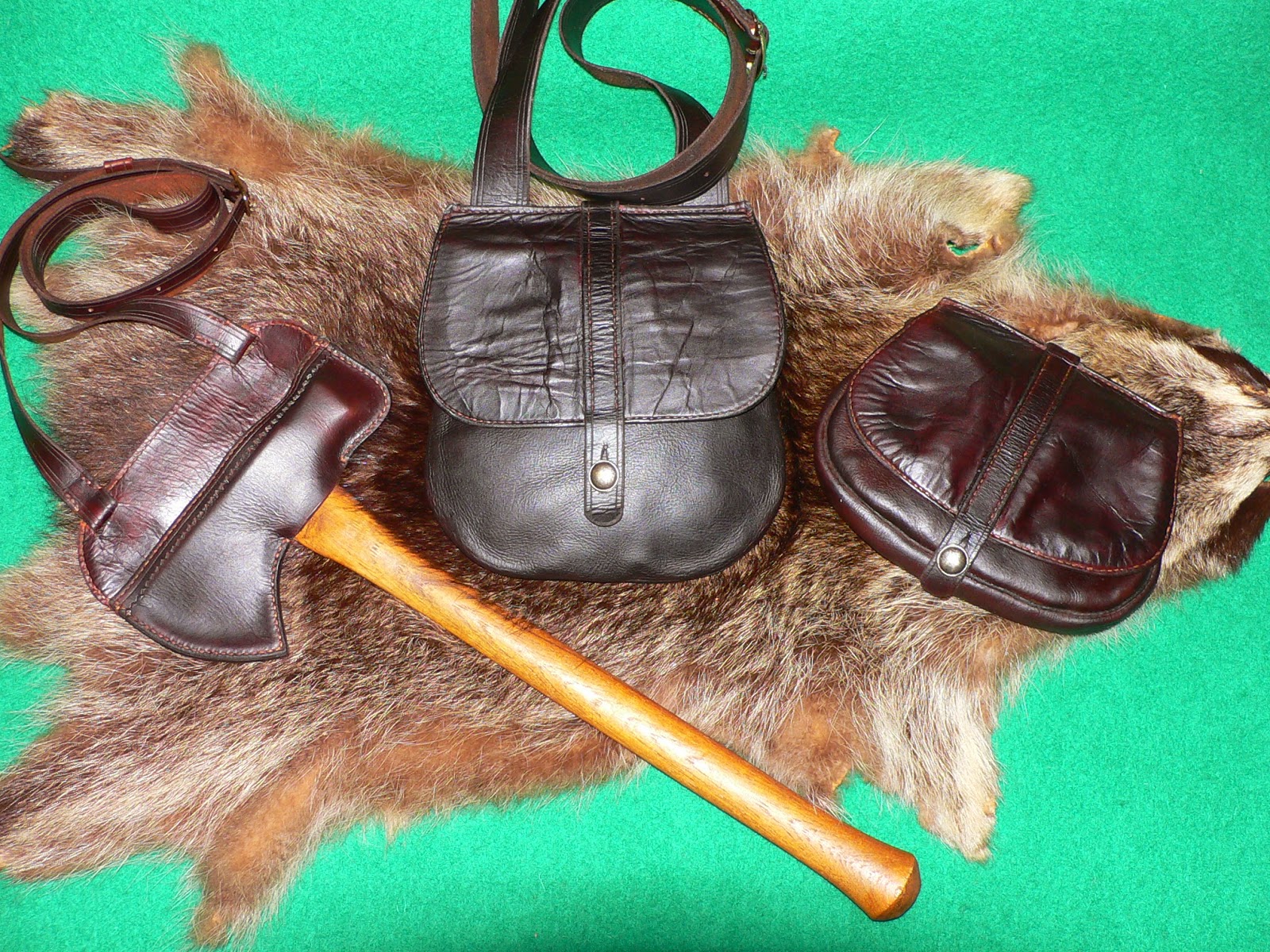 Just finished up this set for a customer. 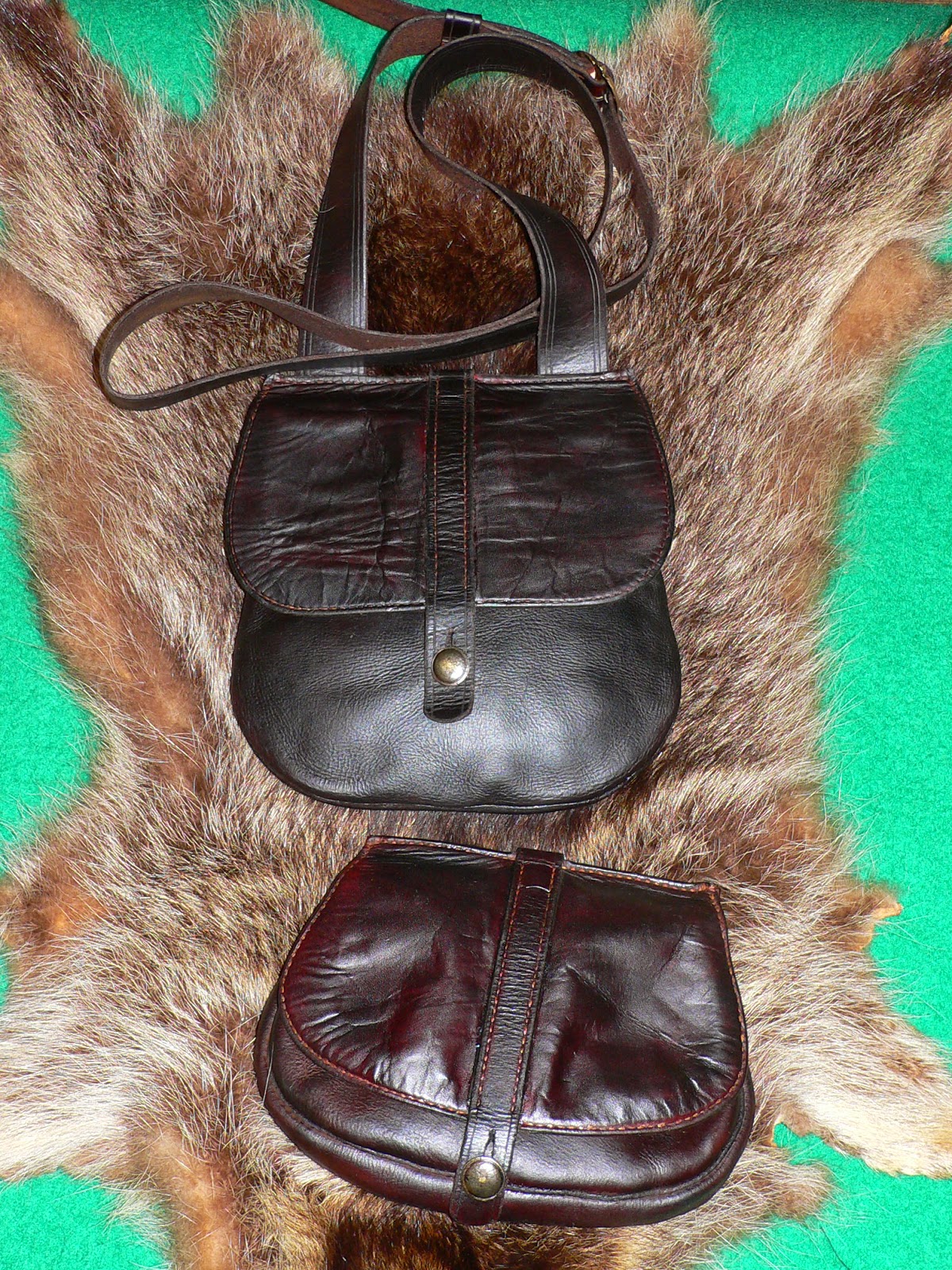 Shot bag, Belt bag & a shoulder carry ax sheath.
He also order a second ax sheath but in a lighter brown, the ax was sent to me by the customer at there cost. 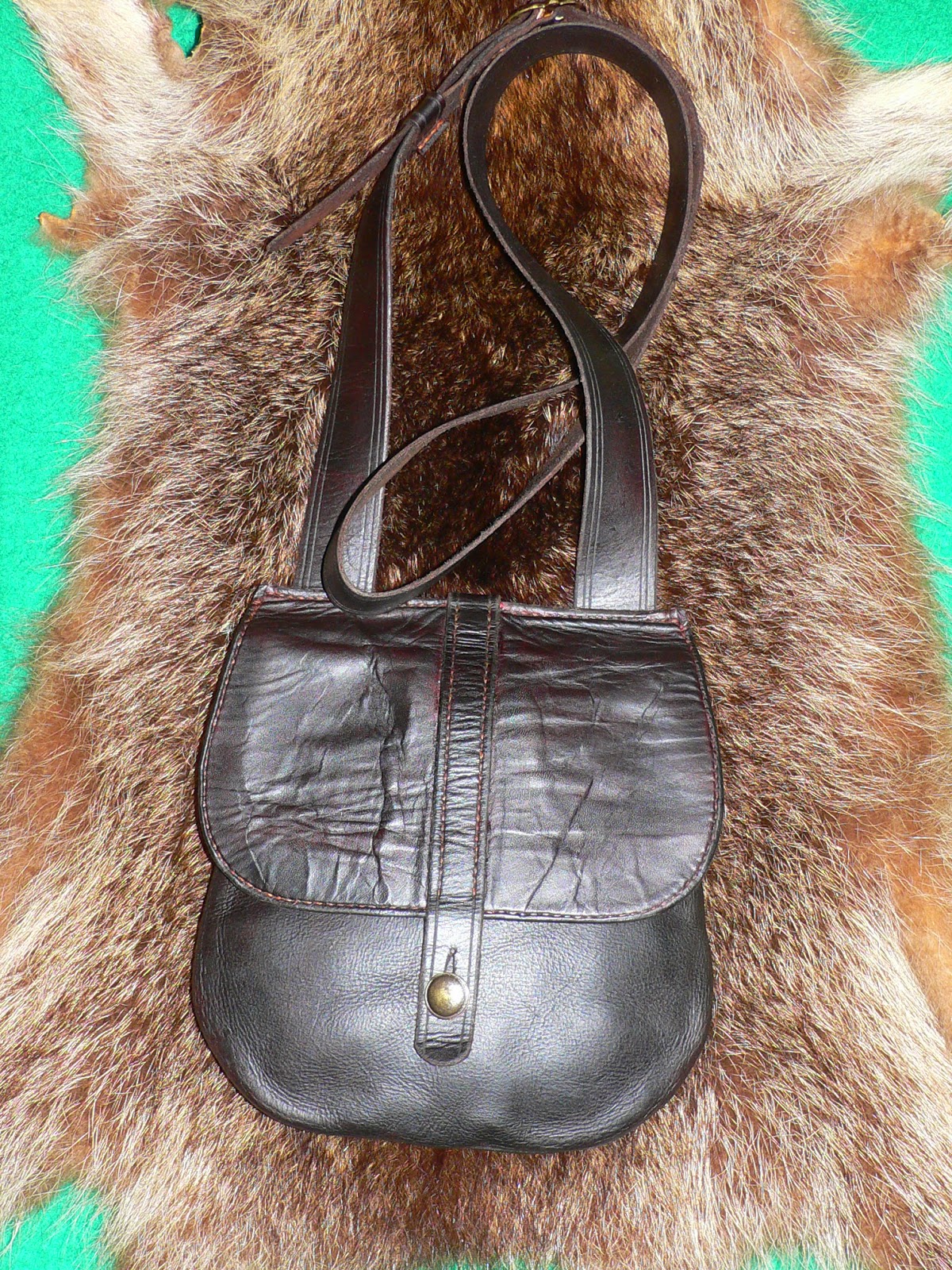 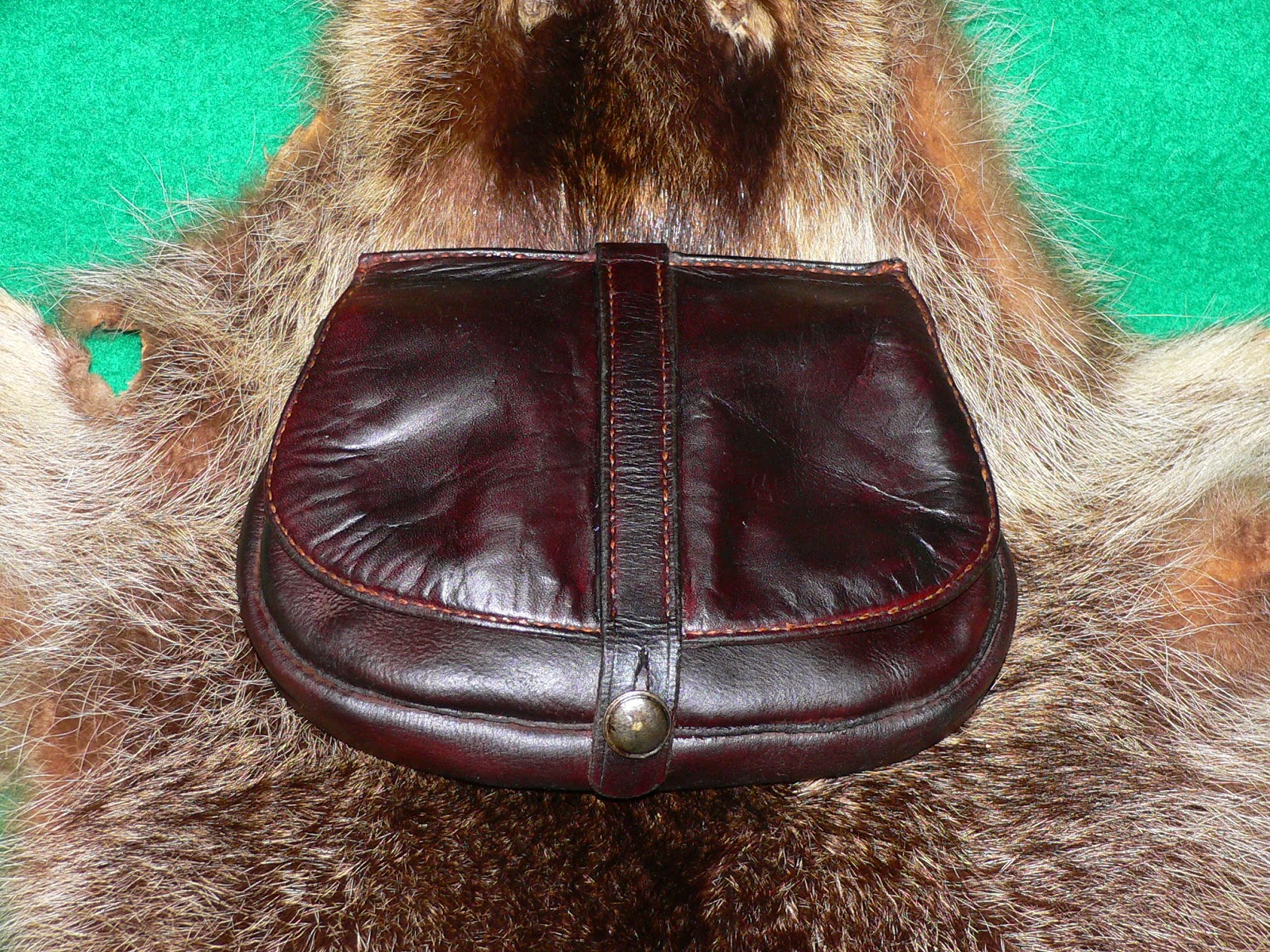 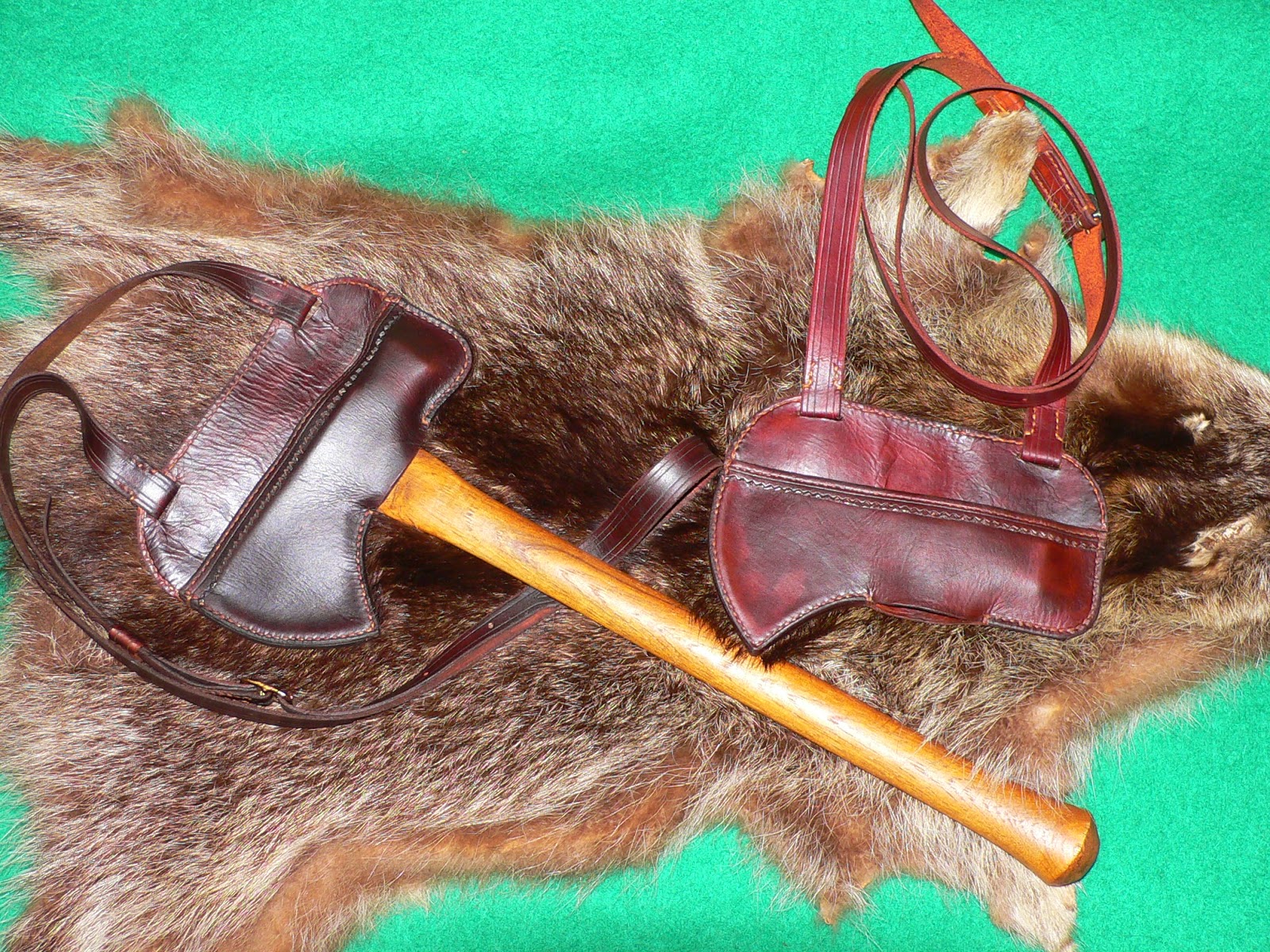