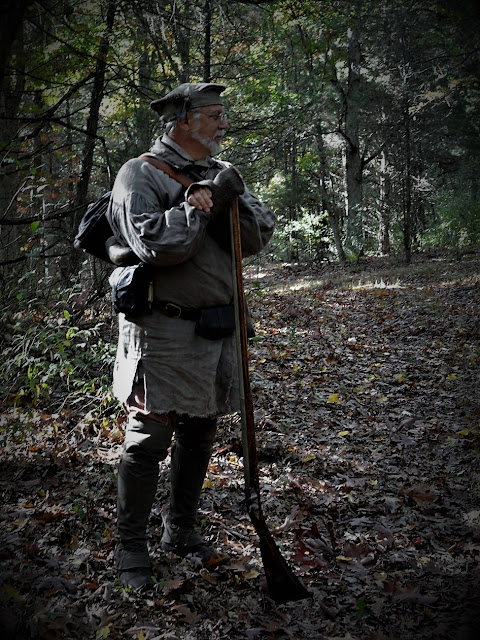 It's the last day of July, and I have returned back to the fort with my patrol. We where sent out to scout the near by village and small farms for any native activity.
This early morning a large force left Fort Detroit to make a surprise attack on the Ottawa village. Only to be surprised ourselves by a large native force as we were crossing the small bridge at Parents creek. We took heavy losses and was forced to turn back.
Thanks to the cover fire by a group of rangers we where able to make it back to the fort.
Some of the men are now calling it the battle of bloody run. While on our patrol we noted that the little creek was blood red from the bodies left lying in the water.
Report made by, Lt.Lang of Hopkins Company of Ranger. 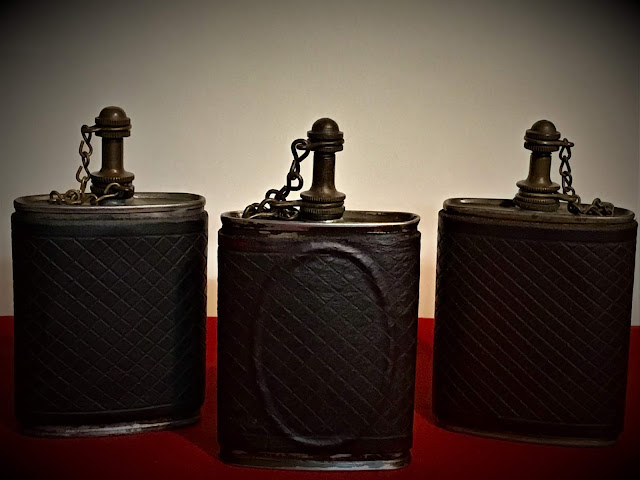 I picked up these old WWII oil cans from an estate sale.
I brought them home and cleaned them up with some soap and water. The insides were dry no oil left in them, and they were air tight. I decided to cover them with some leather. I went through my box of pieces. Found some that would work. I came up with a size and a tooling pattern and went to work.
They have been dyed, two are brown and one is black, treated with neatsfoot oil and some bee's wax.
I think they would make a great addition to ones range box. 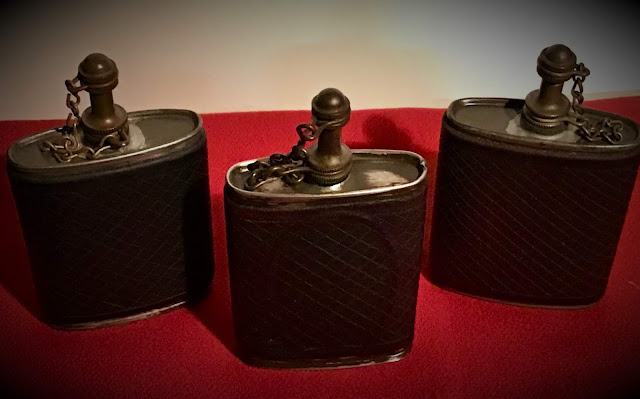 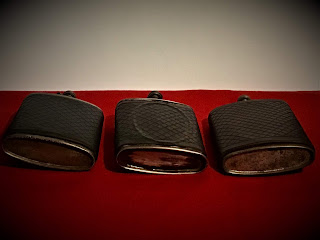