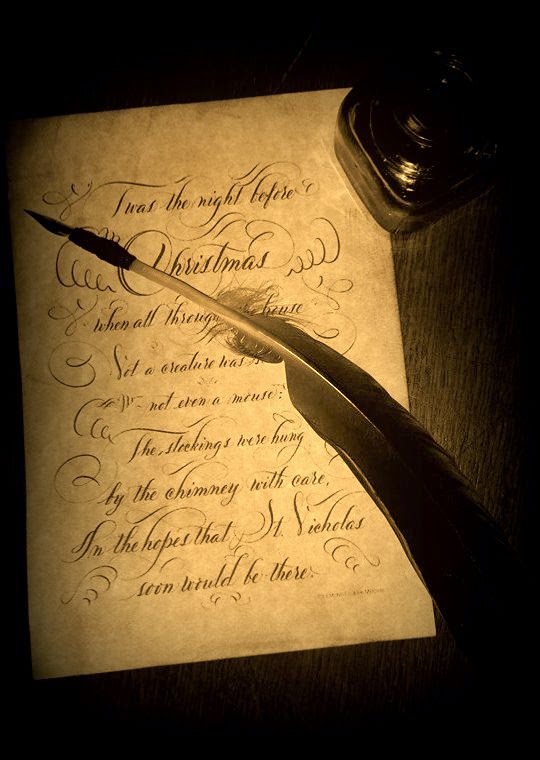 But I heard him exclaim, ere he drove out of sight-------
Merry Christmas to all, and to all a good night.

Everyone please have a safe and enjoyable Holiday Season!
Posted by Darrel No comments:


My son and I had a chance to spend some time together in the woods trying our luck in taking a buck during the 2014 Muzzleloader season. Using our flintlock smoothbores and dressed as rangers out of Fort Detroit in the year of 1762.
Our plan was to set up off the second ridge over from the upper fields and catch the deer as they make their way to their bedding grounds. Well so much for plans for as we made our way down the ridge line we had deer running everywhere. They must not have gotten the memo, because they weren’t supposed to be there yet. We worked our way down to our spot and set back to back against a large oak but, as our luck would have it no deer. After sitting for a few hours I left my son to sit and I walked the ridge line down to the end and dropped down to the bottom and walked it slowly, stopping every now and then back to my son, hoping to move one his way. Again no luck!
We then moved to the other side of the ridge to sit and watch a trail that runs between two thickets hoping to catch the buck that runs a bunch of scrapes along the trail. Again no luck!
So now it was time for lunch, so we worked our way back and met up with friends for lunch.
Returning to the woods around three, with  plans to hunt the trails leading up to the fields. Again, no luck, we didn’t see a single deer. We blamed the warm weather with the temperature around 50, the deer just weren’t moving.
We both had a great day together in the woods something we don’t get to do very often. So did we get a deer, NO! Did we have fun, you bet we did!
Posted by Darrel No comments:

Just in time for Christmas 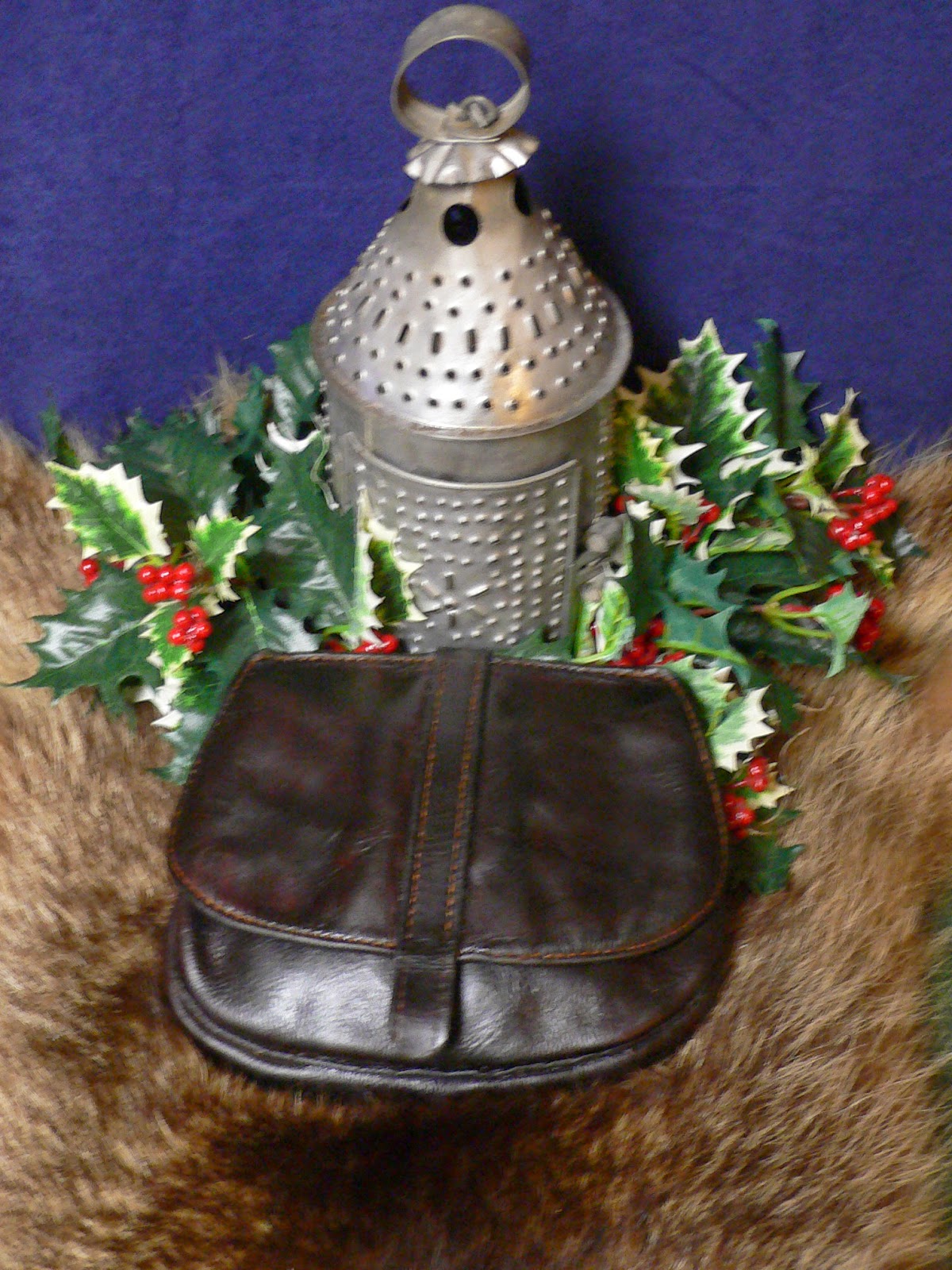 Hand sewn leather belt bag (5"w x 6"d) made of veg. tanned leather, dyed dark brown and treated with bee's wax. The bag has welted seams and a 1" gusset and a small inside pocket, will take up to a 2 1/2" belt. 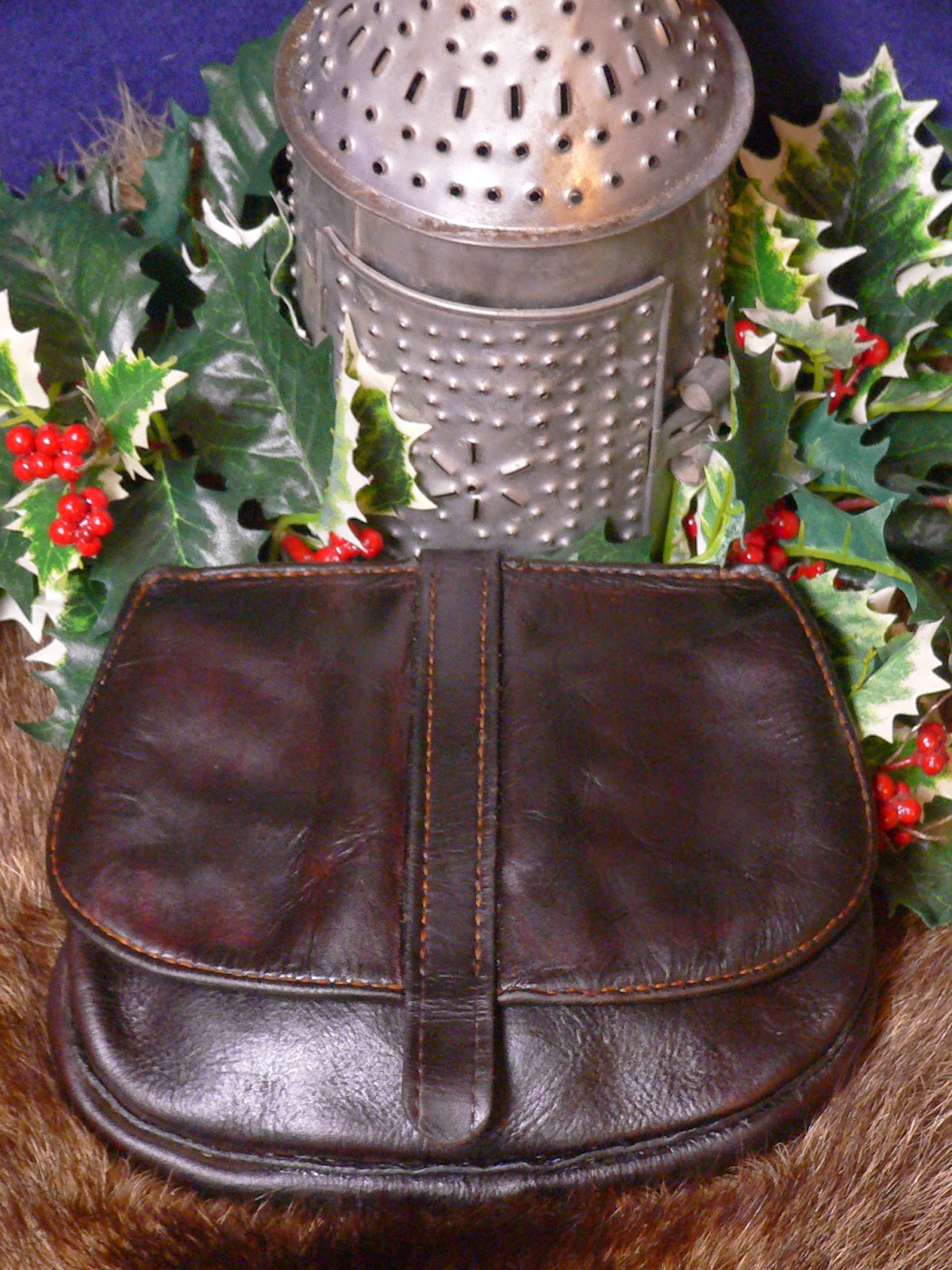 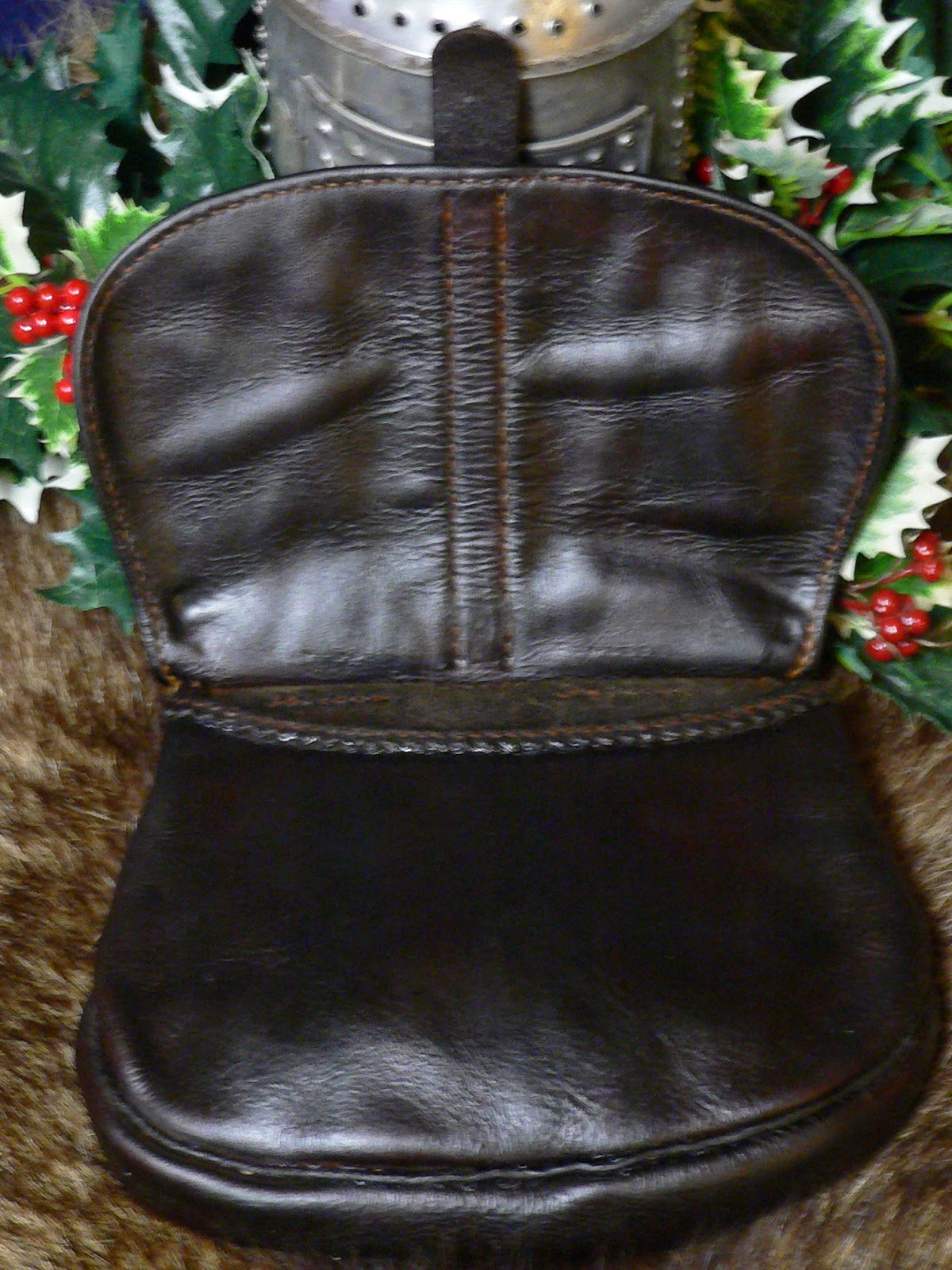 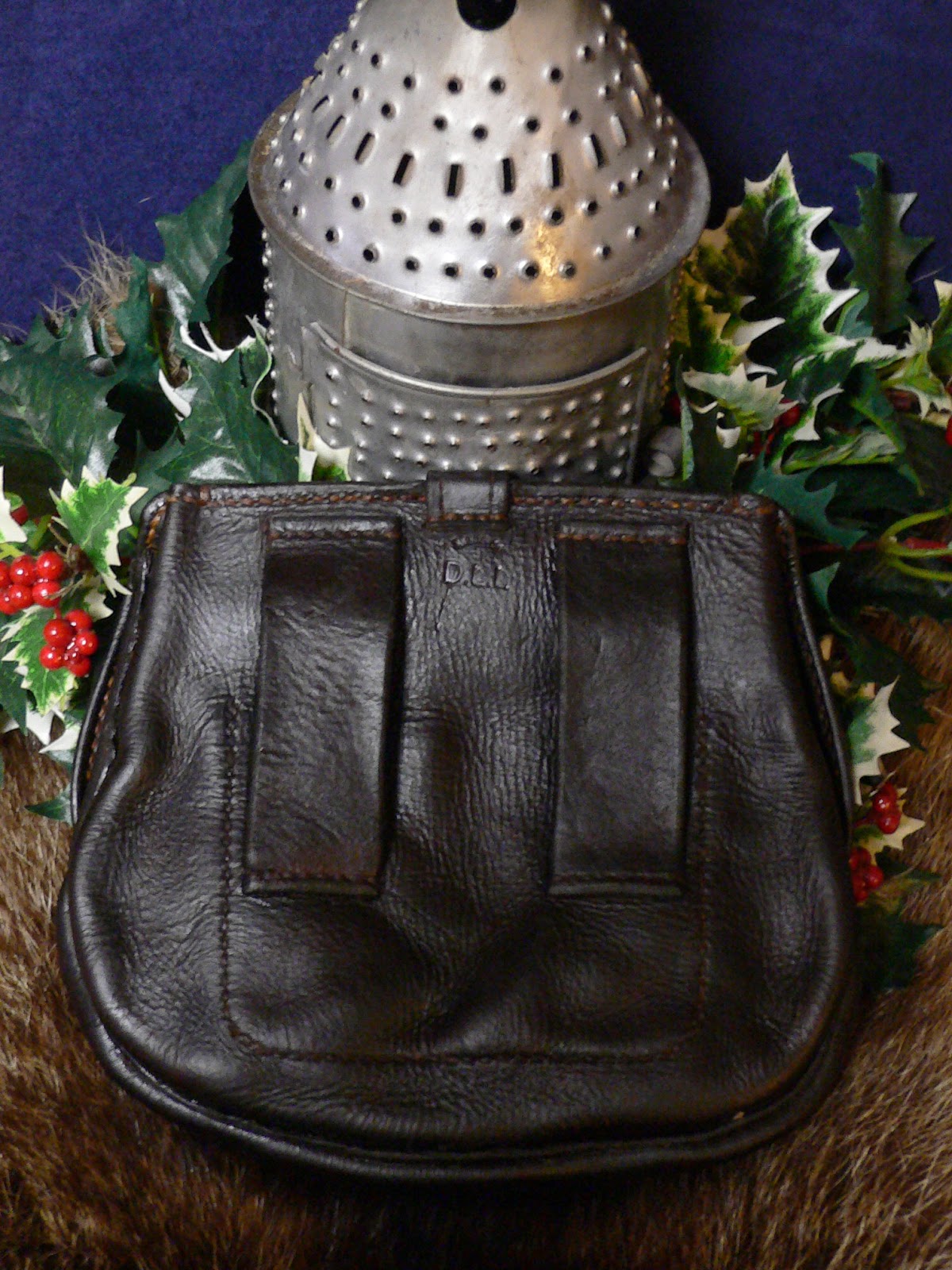 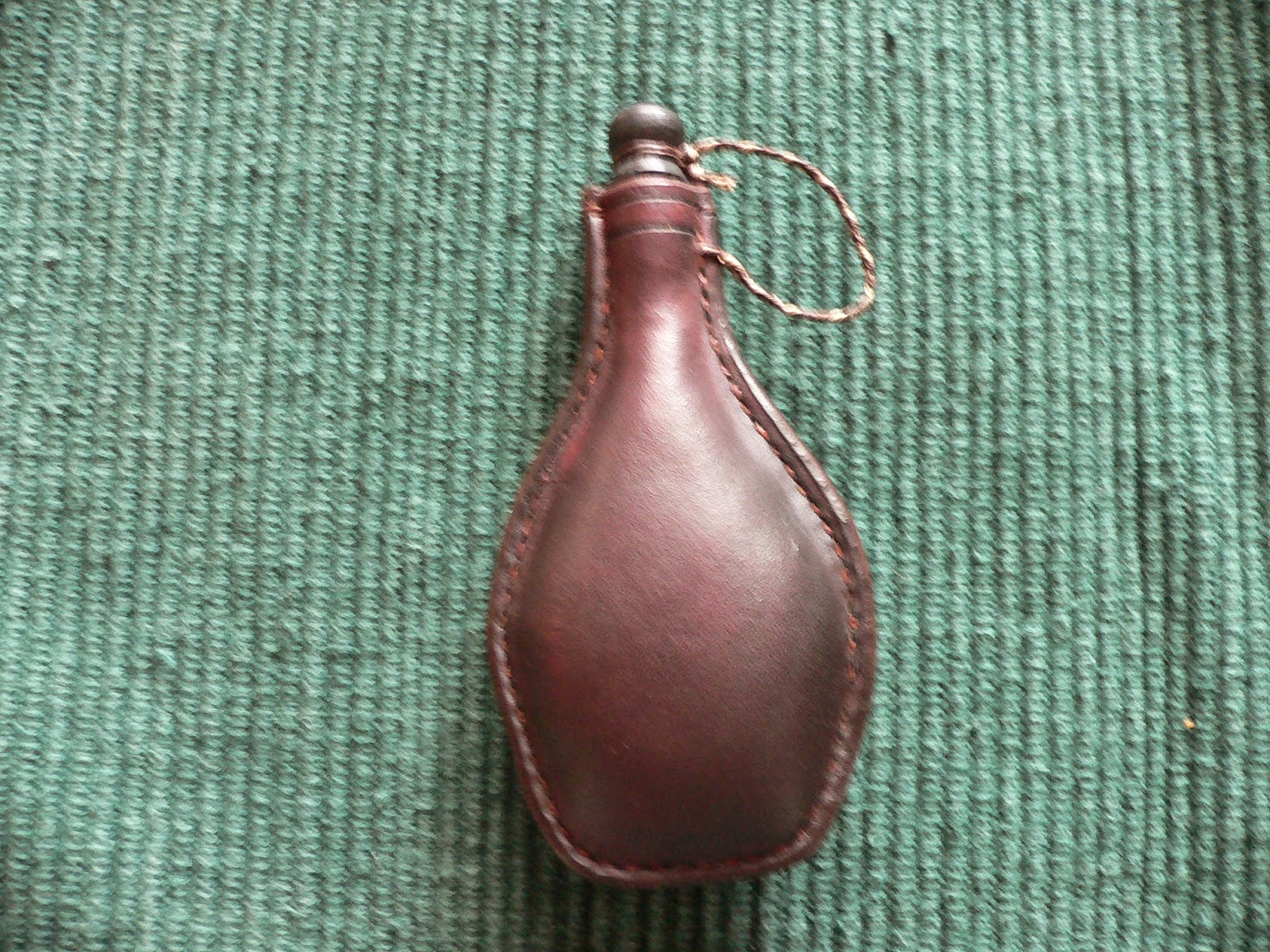 Small shot pouch, (5"h X 2 1/2" w)  The pouch is small enough to carry in your shot bag or even in a pocket of ones weskit or jacket. Hold enough shot for five or six loads.
Made from 4/5 oz. veg. tanned leather, hand sewn with waxed linen thread, dyed and treated with bees wax. 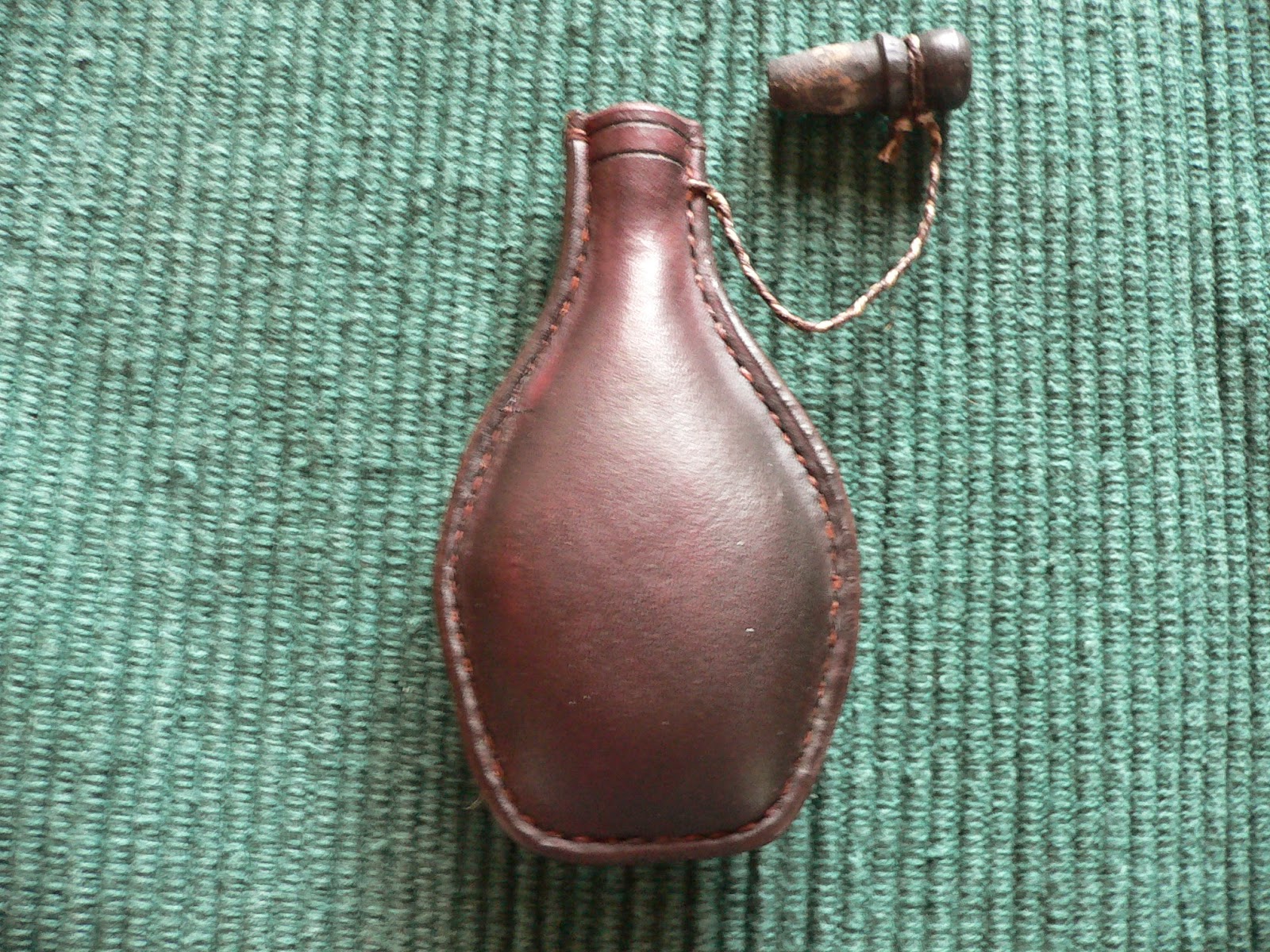