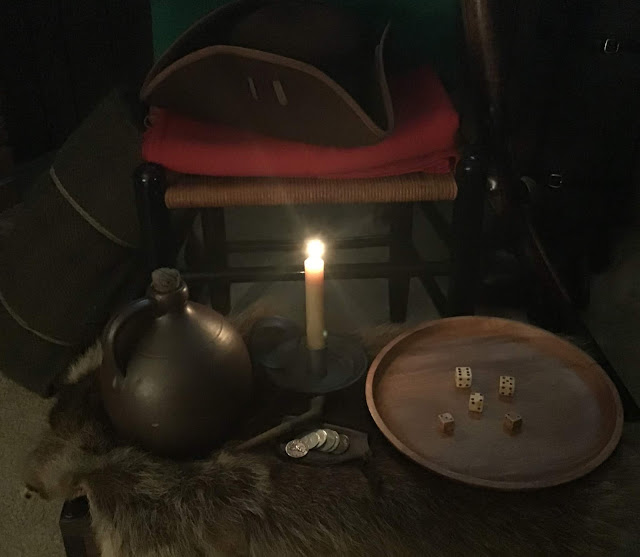 I learned a new game this past weekend while camped at an event. With the gentleman who normally keeps the group entertained around the fire was not there for the weekend. A couple of the guys introduced the rest of us to a tavern game they learned in Colonial Williamsburg.
The game was called, Ship, Captain, Crew! We all ante up a few coin, and after a quick lesson on how the game was played the evening began. There was nine of us playing and we passed a wood plate with five bone die's around the fire each taking our turn. We played until the first person reached 150 points. With the passing of the jug and lots of story telling, and two and half hours later some one finally got the points needed to end the game.
The game was a lot of fun, and helped pass the first evening of fall around the camp fire, with friends. 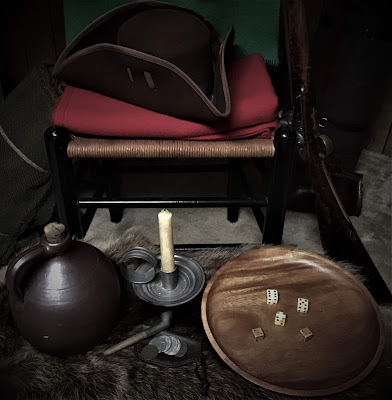 Here is some background infomation and the rules for, Ship, Captain, and Crew (also referred to as Ship of Fools, Clickety Clack, 6-5-4 or Destroyer) is a drinking game played with five dice.. The game can be played with as few as two people, but is usually played in a group of five or more. The object of the game is to roll a six (the "ship"), a five ("captain"), and a four ("crew") with three dice, and get the highest score with the other two dice ("the ship's cargo"). In other versions, a four is the "mate" and the remaining dice are the crew.
Alternatively, the game may be played for antes placed in a pot. Any amount can be predetermined for ante to the pot for each round with winner taking all or the pot going forward in the case of a tie.

Each player starts their turn by rolling five dice. They are attempting to roll a 6, 5 and 4 in descending order, and whenever the number they require is rolled, they "bank" it by setting it aside.
For example, if the first roll of the dice shows a 6, a 4, two 3's and a 1, the player banks the 6 but must reroll the 4 because there is no 5 yet. If their second roll is a 6, a 5, a 4 and a 1 they may bank the 5 and 4 together, and now they have a full "crew" for their ship.
Each player has only three rolls, and after their third they score their turn. If they have a crewed ship then they score the "cargo" - the total of the other two dice. If they do not have a crewed ship, they score nothing.
The winner is the player at the end of a round who has the highest score.
When beginning the next round, play begins with the player to the right (counter-clockwise) of the first player in the previous round. Alternatively, the player who won the last round starts the next round.

The last person to throw the dice in a round is "the hammer." The current winning score is "the point." It is common to hear a player who is not keeping up ask, "What's the point and who's the hammer?"
A two is the lowest score and is called a "minimum." Double sixes, or scoring a twelve, is often referred to as a "midnight", most likely because 12 o'clock at night on a non-military clock is known as midnight. Sixes have also been known to be called boxcars.
Players often stay with their dice after achieving a score of nine or better (assuming no other player has an established point above their nine or better), but are often subjected to elevated pressure from players with a lower, or no score at all and are advised to "man-up" and "re-roll", thus discounting proven statistics and general logic for the sake of pure machismo. However, it is important to note that in some rare cases, even low scores sometimes win.
It is possible to play this game for money, either by anteing or by playing for a set value per point.
When played as a drinking game, at the end of the round everyone except for the winner must drink. Alternatively, the winner may roll dice to determine how many drinks the losers must consume. 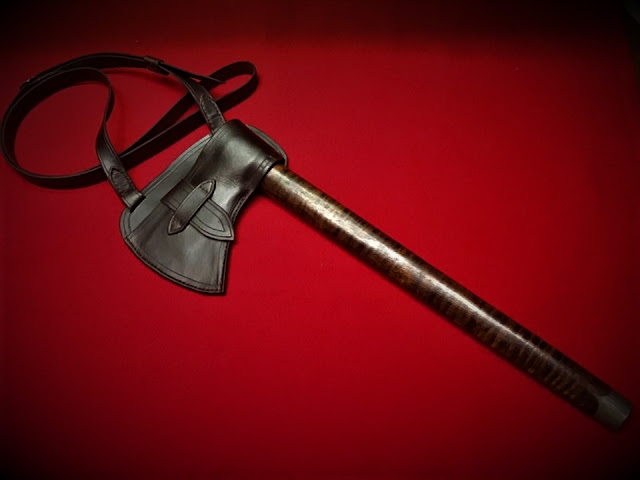 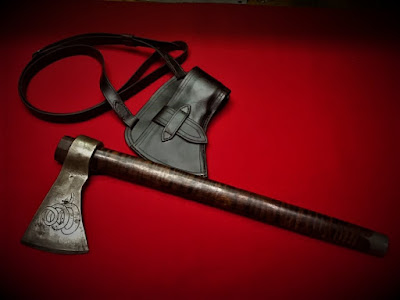 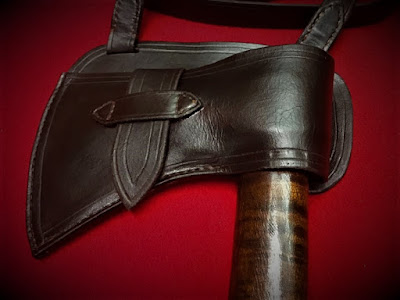 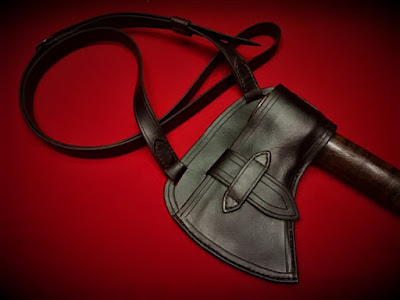 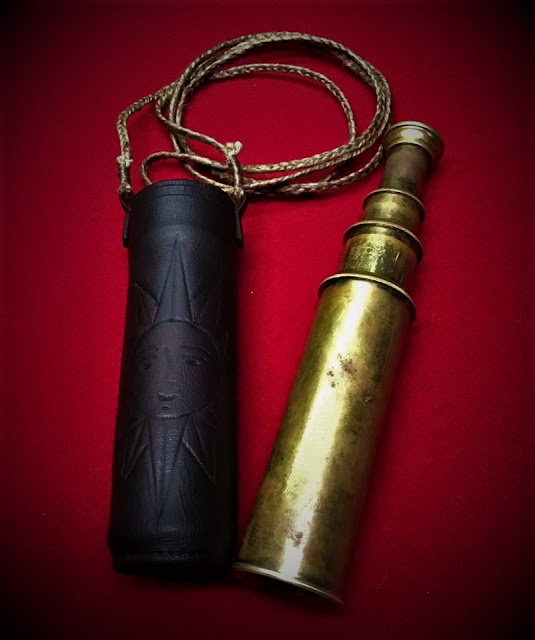 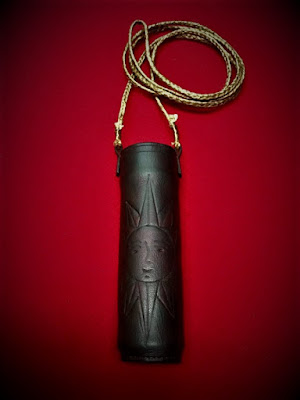 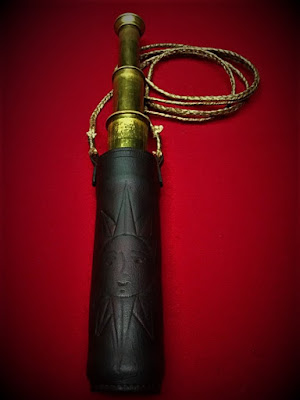 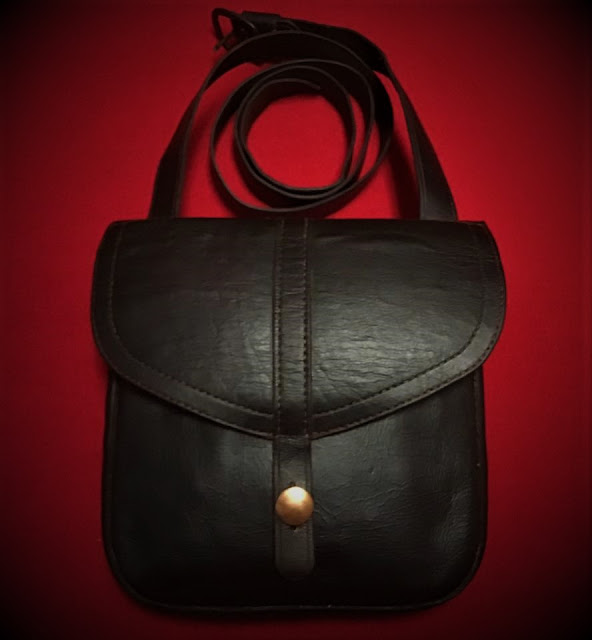 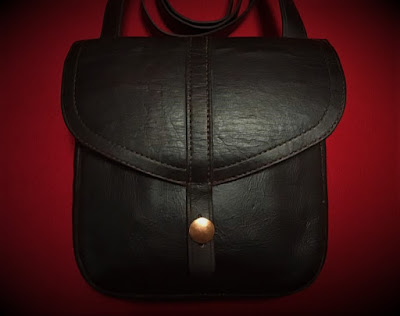 A comment made on this bag by a friend was,
"This dog will hunt!"
This one is based of a original bag I saw at the CLA show this year. It’s just a plain simple bag but has the room for the little extras that some of us like to carry.
The bag is made of 2/3 oz. veg tanned leather, hand stitched and dyed.The bag size is 71/2” wide at the opening, 81/2” deep with a 11/4” tapered guest with the front seam welted and turned while the back seam is welted but stitched directly to the back panel.
There a small inside pocket also.The strap is 1” wide and is fitted with a iron buckle. The bag is then finished with neatsfoot oil and then bee’s wax worked in. 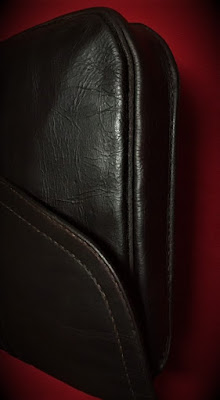 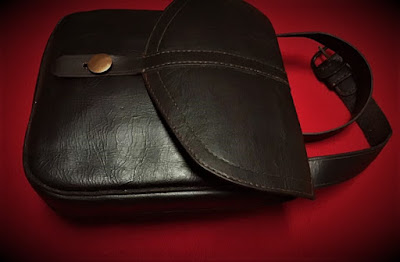 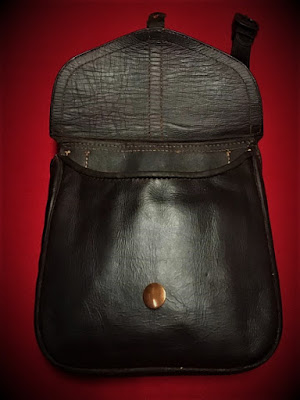 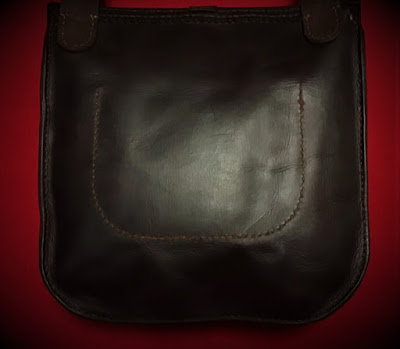 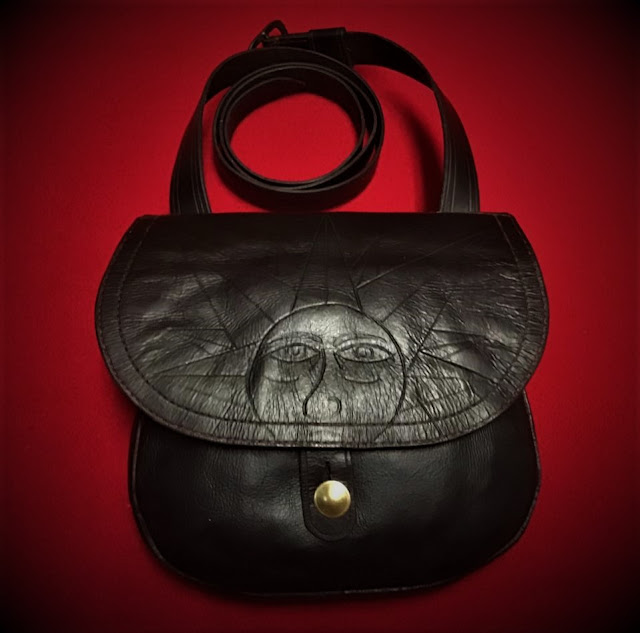 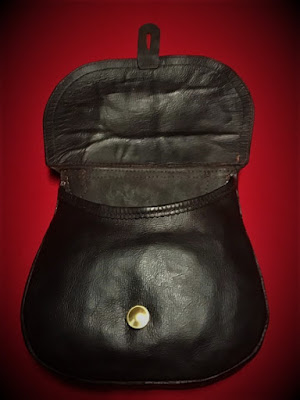 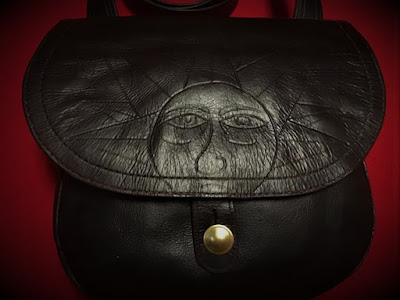 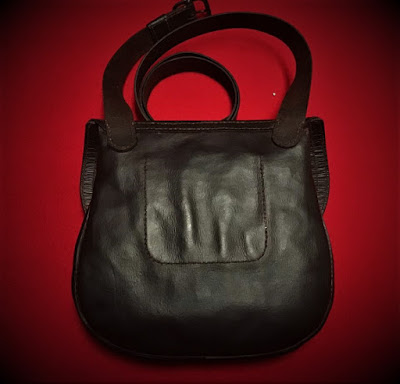 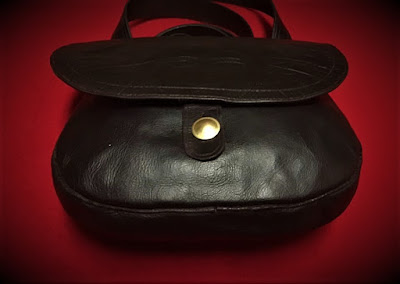