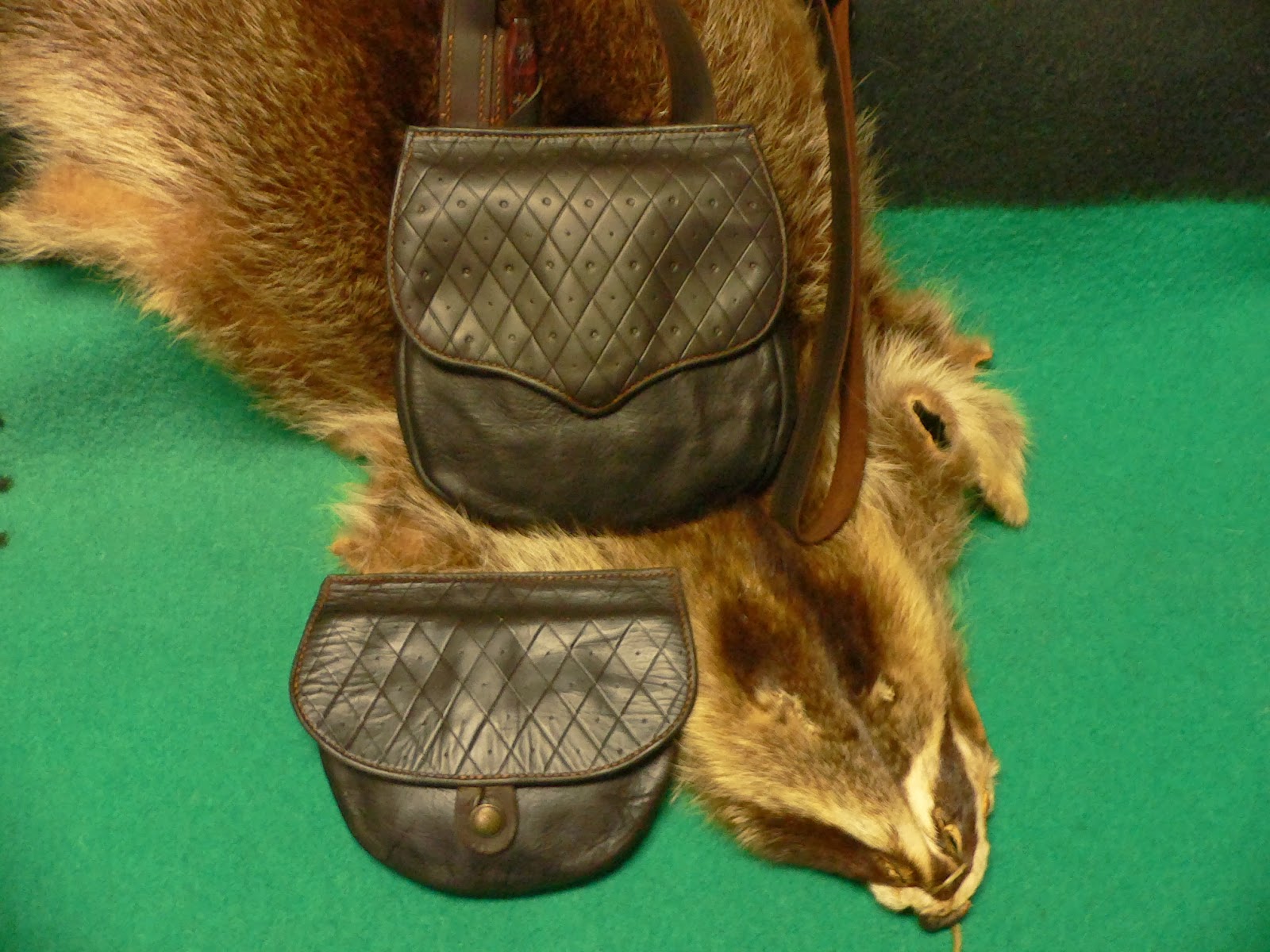 This is a set that I have been working on for a gentlemen who wanted to try a smaller set up for shooting then what he was currently using. So working with his persona of a early ranger of the 1750's I made him up a smaller shot pouch and added a belt bag to go along with it. 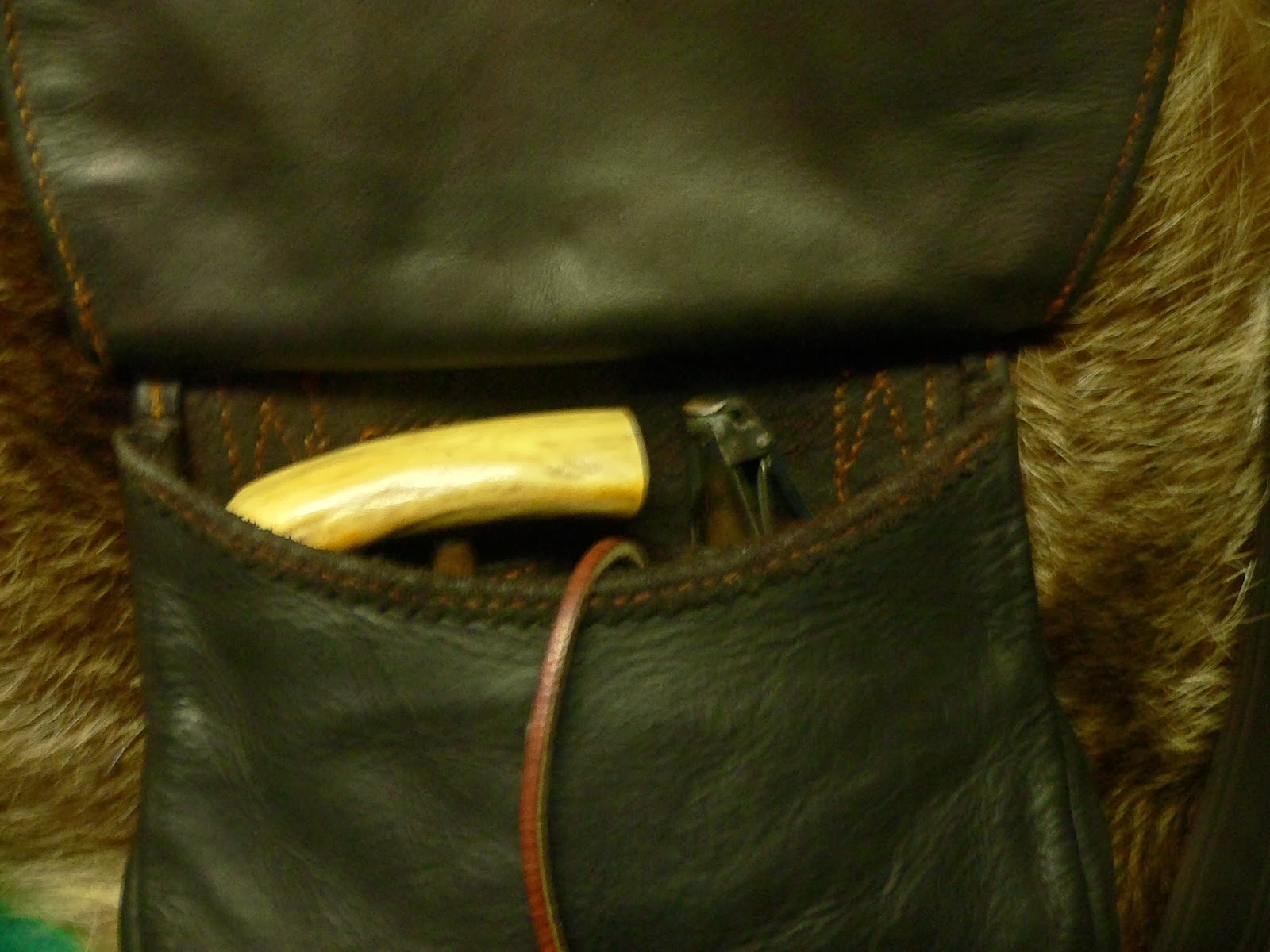 He wanted to keep some of his accouterments in the same spot as in his old bag, like his ball starter and priming horn. So I made up a inside pocket that was deep enough and wide enough when split in the middle to hold his priming horn and on the other side flints and such. I also added a small pocket in front of the larger one to hold in place his ball starter. 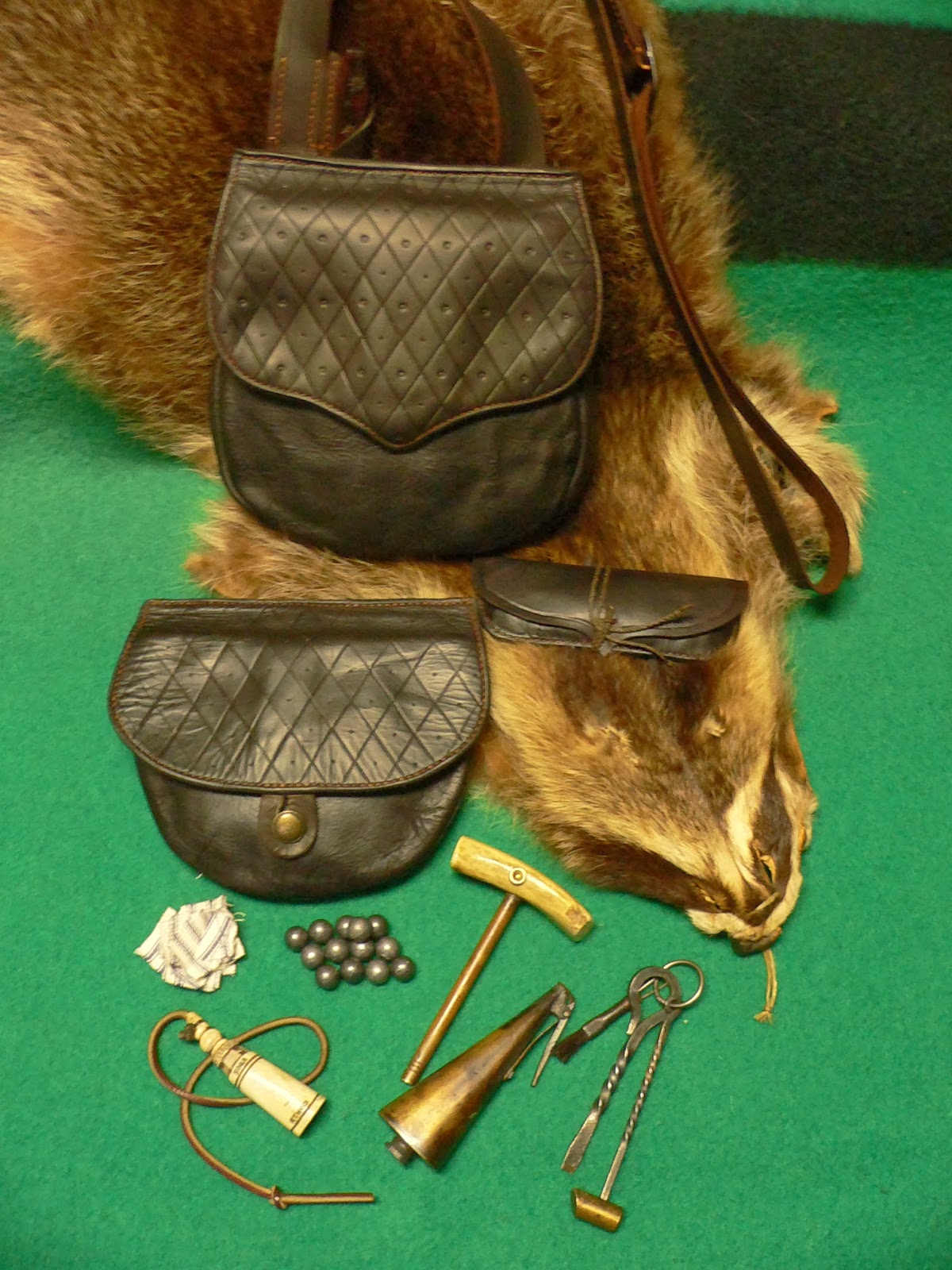 As a request I made up a small pouch to hold his cleaning jag and other small items used to clean his rifle. The shot bag is 7" wide and about 8 1/2" deep with a 1 1/2" wide gusset added.
The belt bag is also made with a large inside pocket divided to hold patching on one side and balls on the other and plenty of room for other things. The belt bag is just under 7" wide and 6" deep with a button closer on the flap. 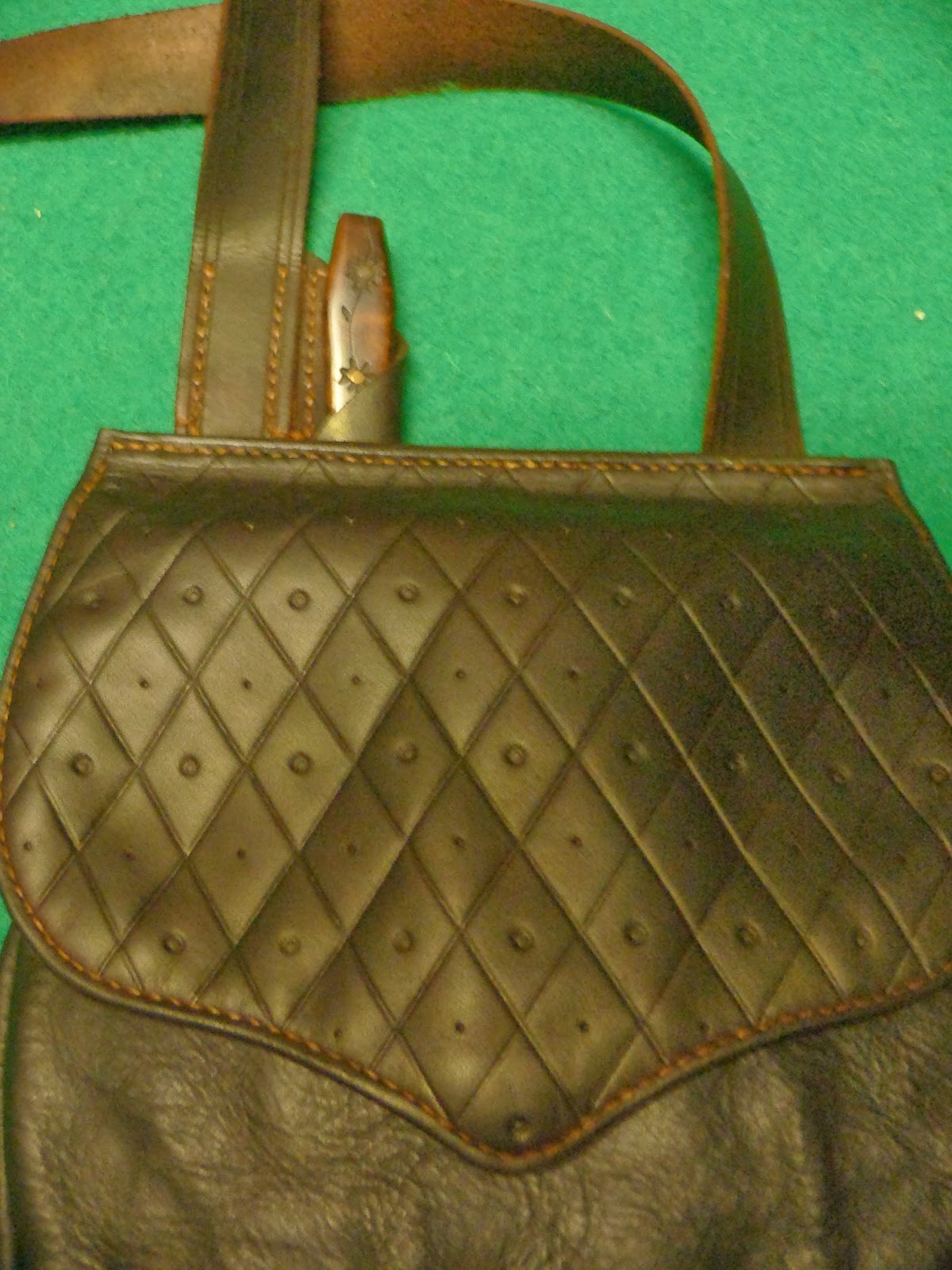 I added his small patch knife to the strap also. Both bag are hand sewn and made from 3/4 oz. veg. tanned leather for the body of the bag and 2/3 oz. for the flaps.  I did some tooling on both flaps. They are both dye a dark brown and treated with neets-foot oil and bee's wax. The strap is 1" wide and has a iron buckle. 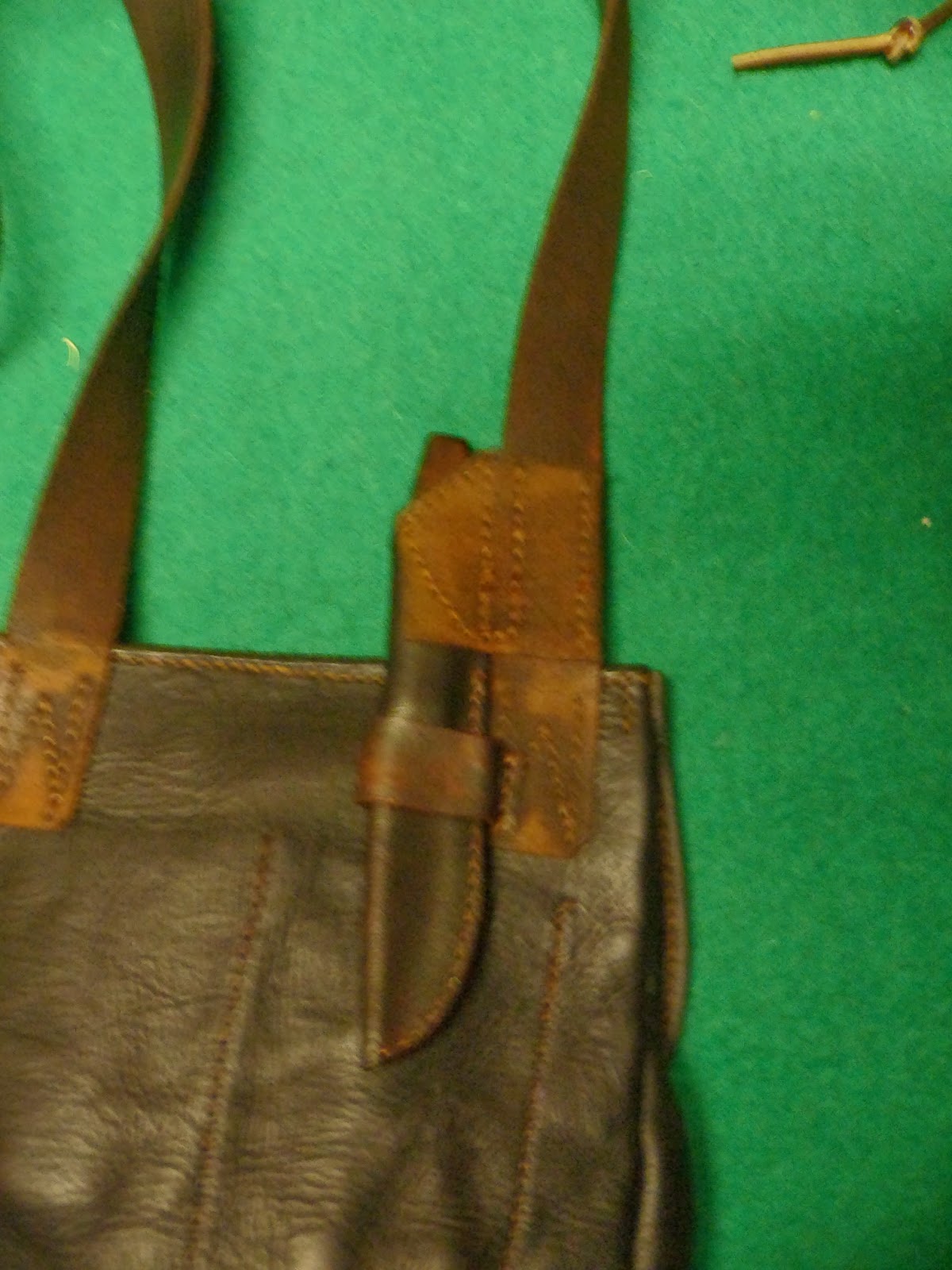 All of his accouterments were sent to me along with details as were he wanted each item placed. I then could plan and work in each item and make it fit as I made up the bag.

This has been a fun and learning project!
Posted by Darrel